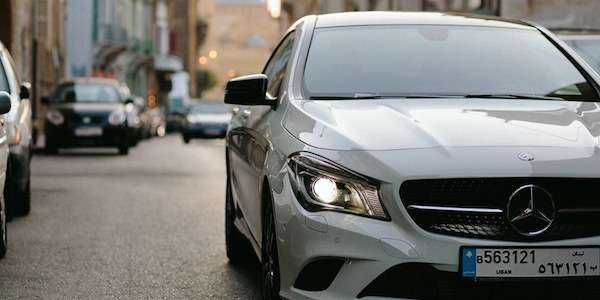 The new 2014 Mercedes-Benz CLA-Class celebrates its one year anniversary. What makes CLA the hottest offering in 20 years?
Advertisement

It’s hard to believe, but the 2014 Mercedes-Benz CLA-Class is having its one-year anniversary here in the U.S. It was one year ago that Mercedes launched the new CLA four door coupe that has become the hottest offering in 20 years for the Stuttgart automaker. And its been a global success and has already seen sales reach over 100,000 units worldwide.

Mercedes says that since the model’s market launch in Europe in April 2013, they have handed over the keys to more than 100,000 CLA-Class four door coupes to customers all over the globe. The new offering is the third for Mercedes in the compact luxury segment. The 2014 CLA-Class is posting great successes in its most important single market, the U.S. Mercedes says every fourth vehicle of the model series is driven by an American customer.

A new generation of customers for Mercedes

The new CLA four-door coupe has helped the German automaker grow unit sales of its compact vehicles by 29.1 percent this year. Mercedes has definitely hit the mark with the CLA-Class especially with younger buyers here in the U.S. who are responding in a big way. That’s exactly what Mercedes was hoping for when they designed the new luxury compact CLA. “This is our best launch in 20 years,” Steve Cannon, head of Mercedes’s U.S. sales, said last December.

There are five things that have set the 2014 Mercedes CLA-Class apart from the crowd and have made the CLA a huge success around the globe. Mercedes says, “Never before has this kind of passion, innovation, engineering, design and performance been available for this price.” Mercedes has hit it big in all five of those areas and buyers are responding.

CLA is on a roll

The CLA-Class is on a roll and there’s no stopping the four door coupe’s momentum with a new generation of buyers around the globe, and especially here in the U.S. Mercedes has come up with a hot new offering that is a big hit with the millennial generation. And it’s a global success with Mercedes-Benz now handing over more than 100,000 CLA-Class four door coupes to customers all over the world. The 2014 Mercedes-Benz CLA-Class celebrates its one year anniversary here in the U.S. and it looks like year two could be even better.