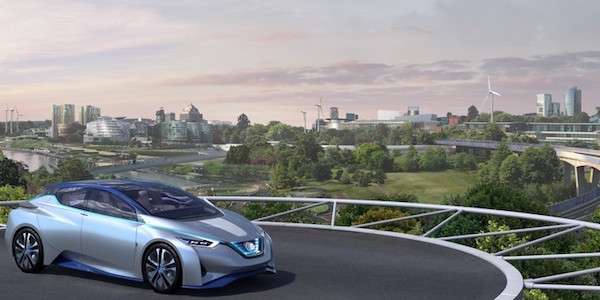 The Nissan and Renault alliance is producing new synergies. How will this affect you, as a car buyer?
Advertisement

Nissan is shaking up the car industry and it’s good news for you. What are they up to? It’s Nissan’s Common Module Family (CMF) and it will affect you, the average car buyer in the future. CMF is Nissan and Renault’s global alliance. It’s already producing a unique system of modular vehicle architecture and an increasing source of synergies. It's here now.

What does this mean for you?

Nissan is already producing their latest vehicles for consumers all over the globe. The alliance can bring new vehicles to market quicker and and less expense saving global car buyers money. Here in North America, Nissan is producing their popular Rogue crossover for consumers. They also produce the award winning Qashqai crossover in Europe and the X-Trail in Japan and China. Renault also successfully launched the new Espace, the Kadjar, the new Megane and Talisman, all based on CMF.

In 2015, Renault began selling the Kwid in India, followed by the launch of the Redi-Go by Datsun in mid-2016. Both are built in the Alliance's plant in Chennai, India, on the CMF-A architecture, which covers the smallest and most affordable category of cars. By 2020, the Nissan-Renault Alliance expects 70 percent of its vehicles to be built on CMF architectures. What’s in it for you?

Why should you care?

As the car industry evolves, it will affect auto buyers all over the globe, not just in the US. Nissan recognizes the need to change and to be able to adapt quickly with new technology and market demands. They can respond to what consumers want in North America, Asia and Europe without changing expensive manufacturing. Nissan will be able to leverage costs and keep prices down as they make changes around the world. The Nissan/Renault and soon to be Mitsubishi alliance will make then one of the largest automakers in the world, and it could save you money.

Go to Page 2: What will it mean for consumers?

The automotive industry is evolving towards a highly technological, digital future where how we live and how we drive will be transformed. Look for these four things to shake up the car industry.

The Renault-Nissan Alliance also announced that it will launch 10 models with Autonomous Drive technologies by 2020. They have two goals: Zero emissions and zero fatalities. They are already the global leader in electric vehicles. Their engineers are working on the development of Autonomous Drive, connectivity and other next-generation technologies for mass-market, mainstream vehicles. Most automakers only bring out this technology on their high-end luxury models that most consumers can’t afford. But not Nissan. The synergy allows Nissan to work more efficiently, with less cost saving you money on that new 2017 Nissan Rogue crossover, Altima sedan or Frontier pickup.