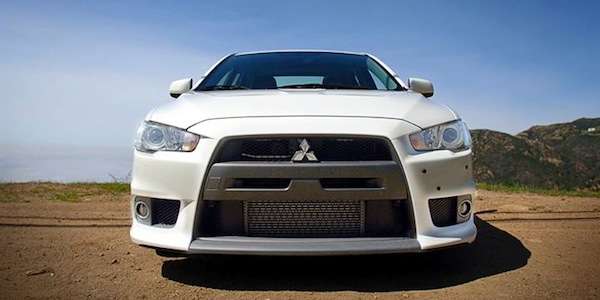 The 2015 Mitsubishi Lancer Evolution was bred for racing and gets these rally-bred features. What will fans miss?
Advertisement

The 2015 Mitsubishi Lancer Evolution is going away forever and fans will miss the Japanese automakers involvement in Rally racing around the globe. The EVO as it is affectionately referred to, was originally developed in the early 1990s to compete in the World Rally Championship (WRC) racing series.

The performance car was powered by a turbocharged engine and all-wheel drive, and the Lancer Evolution quickly became a successful rally car. Early road-going versions of the EVO were originally meant for the Japanese home market, but this didn't stop the car from developing a cult-like following around the globe. Finally, for the 2003 model year, Mitsubishi started importing official road-going Lancer Evolutions to the North American market.
Bred for Rally Racing

The last model we will be seeing, the 2015 Lancer Evolution, features rally-bred features that makes this car a road-hugging performance car. It comes with the Mitsubishi Super All-Wheel Control (S-AWC): High-Tech AWD that was bred for the World Rally Championship. It’s one of the most sophisticated all-wheel drive systems ever developed for a production car. The Subaru WRX STI is its only real competition in this class and price range.

The 2015 Lancer EVO’s S-AWC system works in concert with the performance cars finely tuned suspension and provides an “otherworldly” degree of performance and tractability on pavement or off. It’s what sets it apart from most other cars on the road or track. The EVO comes with three selectable traction mode settings, "Tarmac," "Gravel" and "Snow." The latter provides maximum tractability and performance in poor weather/road conditions and/or on low- grip surfaces like dirt and loose gravel making it ideal for Rally racing.

This feature Controls torque distribution to the vehicle's rear wheels through brake force control from the Active Stability Control (ASC) system, as well as from the planetary gear rear differential and yaw rate sensors.

ACD Manages the power routed to the wheels via an electronically-controlled multi-plate clutch based on a number of parameters including throttle opening, individual wheel speeds, and steering wheel angle. The Active Center Differential (ACD) allows for up to a 50:50 torque split between the front and rear wheels.

The 2015 Mitsubishi Lancer Evolution offers a level of performance typically found in European sports cars and sport sedans that cost considerably more. Only a few cars, in and outside of its class, can provide comparable power to all four wheels, precision handling on-and-off road and driving intensity. The 2015 EVO features these four rally-bred features that makes this car a road-hugging performance car. This will be the last EVO we ever see and it’s a shame fans will miss the Japanese automakers involvement in Rally racing around the globe.