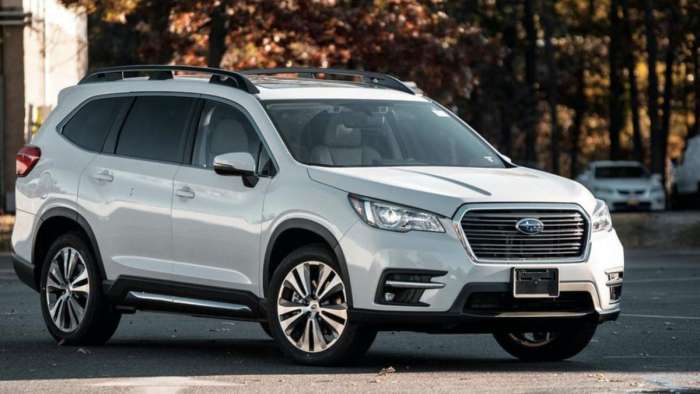 A new report reveals what cars and SUVs you should avoid buying. See where the 2021 Subaru Ascent ranks and why it's not on the list.
Advertisement

The Subaru Ascent has had its share of negative press, but it's improving since its launch in 2019. Consumer Reports (by subscription) had it on its ten least reliable cars list last year. 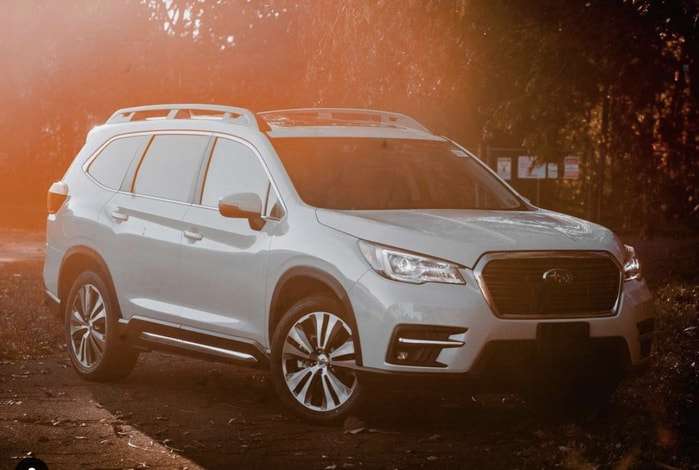 How is the 2021 Subaru Ascent ranked?

In Consumer Reports testing, in the midsize 3-Row SUV segment, the 2021 Ford Explorer gets an overall score of 42 to take the popular midsized 3-Row SUV to avoid designation. The 2021 Subaru Ascent gets an overall score of 60 due to its transmission issues in 2019 models, the first production year. The 2021 Ascent ranks number 16 of 26 in its segment, the middle of the pack.

Should you buy the 2021 Subaru Ascent?

In more recent scoring, the 2021 Ascent improved and was picked as Consumer Reports 10 Best SUVs under $40,000 along with the smaller 2-Row Subaru Outback. Consumer Reports scores the Ascent higher than the Lexus UX, Lexus NX, Ford Edge, and Audi Q3. 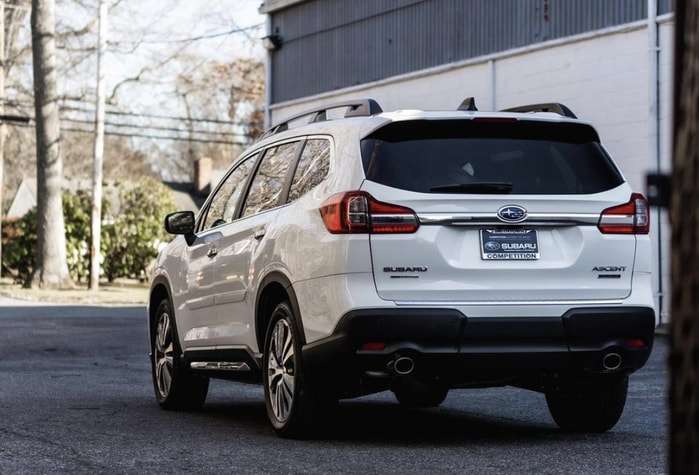 Four advantages the Ascent has over other 3-Row SUVs

1. The Ascent family hauler has a 2.4-liter turbocharged four-cylinder engine with as much power (260 horsepower) as the 3-Row competitor's V6 powerplants. Fuel mileage comes in at 21/27 city/highway mpg and 23 combined.

2. The 2021 Ascent also has a superior safety rating from the Insurance Institute for Highway Safety (IIHS). The IIHS gives the 2021 Ascent a Top Safety Pick Plus award, better than 2020 models because of its improved headlights.

3. An overlooked advantage the Ascent has over other SUVs is its ground clearance (8.7-inches). It's best-in-class among 3-Row SUVs.

4. All trims come standard with all-drive, and it features X-Mode for improved all-weather performance in mud, snow, and more severe conditions.

The Ascent is built in America at the Subaru plant in Lafayette, Indiana. Consumer Reports says it's one of the 10 Best SUVs under $40,000, and there are four advantages the 2021 Subaru Ascent has over other 3-Row SUVs.

Jerry G Ryan wrote on February 8, 2021 - 7:19pm Permalink
Subaru's are junk. I drove my '19 Passport home from skiing in a snow storm recently. All Subaru's, Audi's, Volvo's, you name it, were in my rearview mirror. The Passport was phenomenal in the snow, and I'm talkin' at decent speeds while all the others were creeping along in the right lane. I've come to realize CR doesn't have a real world clue when it comes to vehicles.
SBKROX wrote on December 5, 2021 - 9:53am Permalink
Jerry G Ryan - hmmm, just because you are driving faster in a snow storm than others does not in any way mean your vehicle was phenomenal. That's My opinion and 1st thought when reading your comment, The Subaru's I've driven have went through snow like a hot knife going through cold butter. Subaru has continued to be a reliable leader in safety according to those researching in insurance, etc. And for many years public feedback has continuiously supported this too. over the years, I have had lengthy experience driving other brands, including ones you have mentioned, in very similar snowy, bad weather conditions. Not one has come close to performing as well as my Subaru's. At 16 my hotdog driving son wanted a Subaru because of their safety ratings. I'm so happy, blessed our family owns nothing Subaru. 7 years ago I pretty much stopped driving and had serious anxiety being a passenger. Because of how Subaru island does, Subaru literally gave me the confidence, made me feel safe and secure to drive again. All my opinion, my experience. I think you should test drive some Subaru's, in the snow. #subaruambassador #sharethelove
Subiedoo wrote on February 9, 2021 - 9:47am Permalink
Well i guees it all depend what kind of driver are you? No? As ive seen Pilot struggle to get out from parking spot after the storm we had a week ago in NYC. While i picked spots with most snow and spend no extra seconds getting in and getting out with my Ascent. And so called xdrive (fake AWD as i call them )X5 kind of did a terreble job getting out from my spot where i spend no time. Bad driver? Could be. But ill tell you what, absolutely nothing beats Subaru's AWD.
PS Doff wrote on February 13, 2021 - 2:59pm Permalink
I agree with most of your points. There are limits to the Subaru Ascent's full time-symmetrical AWD. The transmission moves the wheels. Tires move and stop the car. If ground clearance isn't a factor, my cheap 2008 Honda Element with its part-time AWD with snow tires, can consistently get up steep snow and ice-covered highway grades faster than a Subaru with all-season tires. Given similar snow tires the Subaru would beat my Element. PS As a DIY owner-mechanic, I've liked everything about Subarus except the oil leaks, turbo engines and CVTs. With the leaks tamed, they're on my short list for replacing my 13 year-old orphan when it becomes necessary. After everyone has converted to electric, I'm hoping that they will be higher an my list
PS Doff wrote on February 13, 2021 - 2:40pm Permalink
When operating in snow, tires are more important than what they are installed upon. and the driver's experience and skill trumps both of those. Too many people believe that 4WD or AWD makes winter tires unnecessary and that their skill on dry roads directly translates to winter driving skill. A good driver can partially compensate for poor tires by driving slower and mire carefully. A poor one will pass all the other cars, because like speeding, his vehicle can. A truly skilled winter driver know that the biggest hazard on snow covered roads is unskilled drivers driving too fast and beyond their ability to brake to a complete stop without sliding or spinning.
Dolores Miller wrote on February 26, 2021 - 9:18am Permalink
I agree with you 100%. Seems people driving all wheel drive cars think they can stop quickly, tailgate and speed. I have always had snows on my Outback. They are essential, in my opinion, when driving on snow. If you are living in town and only drive to the store and back, with no hills, all season tires will do. In the end, it is the skills of the driver.
Richard Cameron wrote on February 20, 2021 - 5:07am Permalink
My Wife owns the 2021 Accent Unlimited. The Vehicle is Great in the Snow. Having the Turbo in the Engine is a real Plus. She loves this Car. It is a Beautiful Car both Interior design and Exterior. I will keep you updated on Performance. Sincerely, Richard D.Cameron U.S.COAST GUARD VETERAN, RET
Alex wrote on April 15, 2021 - 2:38pm Permalink
I've got a 2019 Ascent. I bought it because Consumer Reports initially lauded it, ranking it a 97/100. Kinda sucks that it's had transmission issues. Mine has had some hesitation and stuttering issues but Subaru says that's normal :/ I still love my Ascent and I baby it. It's only got like 13k miles I've had it over 2 years.
James wrote on June 3, 2021 - 12:59pm Permalink
Have had 0 issues on our late production 2020 Ascent. The early production ones had battery issues, we almost bought one and then the dealer had to jump start it! It had been on the lot a while while ours just came in April 2020. So 0 issues here and love it.
MICHAEL SCHNEIDER wrote on December 16, 2021 - 8:59am Permalink
I have a 2020 Ascent and absolutely love it. I have 22K on it and have about 13 months or so on the lease. I just received the recall on the drive chain guide. My question is should I upgrade to the 22 Premium Ascent or drop down to a 22 Forrester?