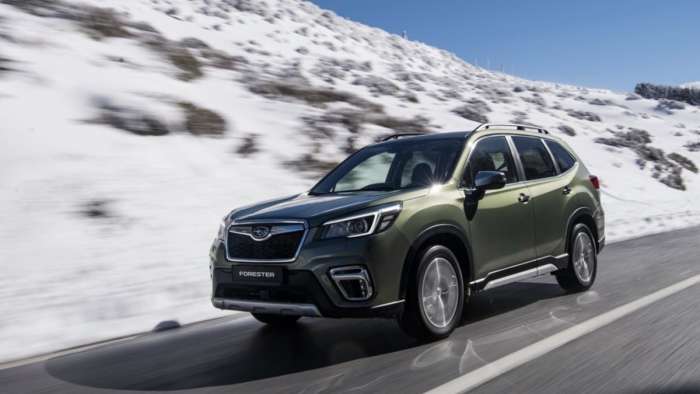 The 2020 Subaru Forester is not the top-selling model in the U.S. market, but it could be the brand’s most important model. Outback is getting most of the attention with its complete redesign, but Forester is still the Japanese automaker’s number-one-selling vehicle around the globe. The new Forester Hybrid just scored a hat trick for Subaru.

The Forester e-Boxer Hybrid won't be sold on U.S. shores, but it’s getting lots of attention in Europe. Subaru just announced its plan to make at least 40 percent of its global sales electric vehicles or hybrid electric vehicles by 2030. U.S. customers will get a Forester Hybrid sometime in the near future, and the first self-charging Forester hybrid from Subaru has won three important awards. Why is the new 2020 Forester still the brand's flagship model? The 2020 Forester shows customers what is important to the Japanese automaker. The new Forester is all about safety technology. The first award comes from the European New Car Assessment Program (Euro NCAP). Forester gets the highest Five-Star safety rating beating all other compact SUV models and even sits on top of four Mercedes-Benz vehicles.

Safety is a core value for Subaru and it also receives an award from WhatCar? The all-new Subaru Forester has won the Technology Award for its Driver Monitoring System at 2020 What Car? Awards. Forester’s new system uses facial recognition technology to detect if the driver’s gaze has shifted away from the road and alerts vehicle occupants if this occurs. 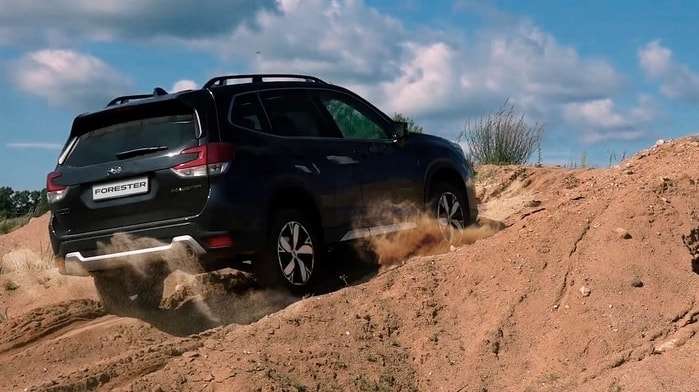 Another core value for Subaru is its all-wheel-drive technology. The third award comes from 4x4 Magazine. The new Subaru Forester has been named the magazine’s “Best Small SUV of the Year 2020.” The compact SUV impressed the judges with its off-road abilities, Subaru’s permanent Symmetrical all-wheel-drive system and “unrivaled capability in snow, mud and rough terrain.” Forester now comes with the new Dual-Function X-Mode for even more off-pavement adventure.

The 2020 Subaru Forester Hybrid scored a hat trick for the brand and is still the Japanese automaker’s most important model. Subaru and Toyota are working on new hybrid technology for the Forester and other models now that should be an improvement over the e-Boxer when it arrives on U.S. shores sometime later this decade. Stay tuned.

You Might Also Like: Are You Looking For The Best Compact SUV? New Subaru Forester Scores 12th Award

Teresa Simpson wrote on January 22, 2020 - 9:35am Permalink
I love my new Subaru Forrester! I traded my Prius V for it and couldn't be happier. It's a dream to drive and I drive a lot between Arizona and California visiting my grandkids. At 70 years young the safety features are important but I think it looks just plain sexy going down the road.
Frank Finkelstein wrote on January 23, 2020 - 7:48am Permalink
It gets what? 2-3 mpg better than gas engine combined? Not worth the bother.
Andrew wrote on January 29, 2020 - 10:14pm Permalink
It is confusing that Subaru is planning such a delayed start to introducing hybrid and all electric vehicles in the U.S. The typical Subaru (other than sport model) owners are attracted to the brand in a large part because of it's eco identity. I'd venture to bet that if a survey was done to gauge levels of conservation awareness among drivers, Subaru owners would rank at the top. I'm primed now to jump into hybrid ownership. My 2013 Forrester is still running great but I want to make more of a commitment to conservation. And I don't want to wait another ten years for managment to feel "ready". Subaru risks owner loyalty by delaying while other manufacturers introduce appealing alternatives.
Lesa wrote on July 15, 2021 - 10:26am Permalink
I wholeheartedly agree! 2013 outback here and itching for a hybrid that is larger than the crosstrek!
Elliot wrote on February 2, 2020 - 10:54am Permalink
Typical Japanese conservative predisposition. It's another hold your nose moment, again when you listen to their CEO's insight. They are so self-satisfied with their sales growth, that being bold is athemae to their entire corporate culture; Nakamura being the worst of them; blind ,deaf & dumb to current customer needs, leadership from the rear! When Tesla lowers cost of model S dual motor, extended range, I'm gone Holding onto my 2015 Crosstrek until then