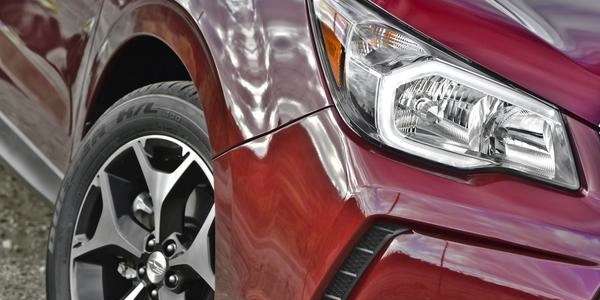 2015 Subaru Forester, 2015 XV Crosstrek and 2015 Levorg have earned the top Japan safety rating. What is Subaru doing better than other automakers?
Advertisement

Subaru is in the news again for having the safest vehicles on the planet. This time it’s the 2015 Subaru Forester, 2015 XV Crosstrek and 2015 Levorg. Subaru’s vehicles are tops in safety and have just received more top safety ratings, this time it’s from the Japan New Car Assessment Program (JNCAP). The 3 vehicles have been awarded the top rating of JNCAP 3 Advanced Safety Vehicle-Plus (ASV+).

What does this award tell consumers?

A new test for JNCAP

This is the first time the preventive safety performance assessment took place in Japan and it was prompted by the fact that increasing demand for safe automobiles in recent years has led to rapid proliferation of automobiles equipped with "preventive safety technology" such as automatic brakes and other technology to prevent accidents. The JNCAP assessment involves testing two systems, the Autonomous Emergency Braking System (AEBS) and the Lane Departure Warning System (LDWS).

How does the test work?

There are two tests for the AEBS system. The tests involve having the test vehicle approach the target from behind at 10-60 km/h to examine how well the preventive safety brakes function. One test has the target at a standstill, and the other with the target traveling at 20 km/h. Each vehicle gets points awarded for avoiding a collision or, if a collision does occur, according to the reduction in speed achieved before colliding.

The LDWS test involves having the test car travel at 60 or 70 km/h and observing whether the system emits a warning when the car strays across the white lines on the road. The lower the speed at which the warning is emitted, the more points the vehicle is awarded.

How did each Subaru vehicle perform?

The maximum number of rating points that can be awarded to a vehicle is 40. Subaru's three vehicles tested, received very high marks from JNCAP. Levorg was awarded 40 points, Forester 39.9 points, and the Subaru XV Hybrid 39.3 points. As a result of this new preventive safety performance assessment test, all three achieved the highest Advanced Safety Vehicle-Plus ASV+ designation.

henry wrote on October 24, 2014 - 2:31pm Permalink
We own 3 Subaru's, excellent vehicles, Have not spent a dime in repairs. Just normal maintenance - oil changes, tires, brakes... My family and I are Subaru lifers!