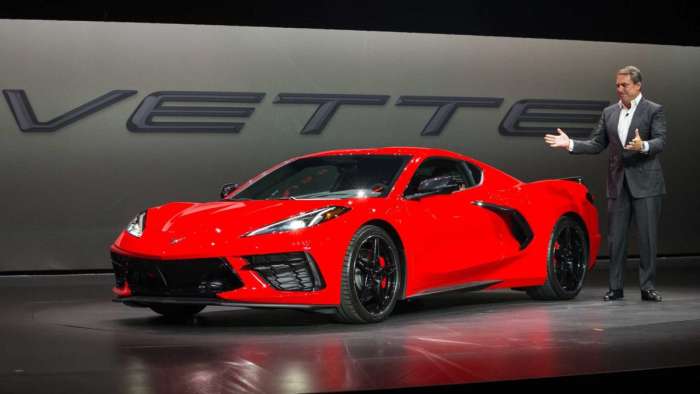 Many of Torque News readers already know that the 2020 Chevrolet Corvette will not have a manual transmission. I think, it's partly generational and partly a dealership issue. Here is why. By the way according to a GM source, the 2020 C8 Corvette has already hit the first year of production numbers with pre-orders, but is not sold-out as reported by number of automotive news outlets.
Advertisement

The lack of a manual transmission in 2020 Corvette is partly generational.

Younger drivers simply did not have manual transmission cars when growing up. It is said that one of the best theft prevention devices for cars today is to simply have a manual transmission, because most young car thieves have never driven with a clutch, and they wouldn't even know how to get in reverse.

Certainly not without drawing unwanted attention to themselves.

Another point about automatic transmission is the dealerships.

The Chevy dealerships will stock the cars and configurations in their inventories that they think will sell best, appealing to the broadest audience. So outside of having a single flashy car showroom model with wildly bright paint, chrome wheels, and maybe a manual transmission, they are going to have their dealership lots filled with neutral colored, automatic transmission models, loaded with options that they add a fat margin to.

So then probably most of the manual transmission Corvettes in the past were pre-ordered or special ordered by customers. And that would be a smaller percentage of the cars sold. Then when they see the smaller number of manual transmission cars sold, the dealers and automakers build less manuals.

Exceptions to this are cars like the Porsche GT3, where most of the cars are pre-ordered or special-ordered, and buyers then choose a manual because of the racing nature of the car. Then with most GT3 buyers choosing manuals, Porsche keeps offering them with the car. The Dodge Viper was never even offered with an automatic transmission.

By the way, the 2020 C8 Chevrolet Corvette Stingray will not even be in showrooms for several more months (they are closer to dealer lots than you think), but one insider claims it is virtually sold out already. Note this: virtually, but not sold out. They just have very good number of orders.

According to Autoblog, GM head designer Michael Simcoe reportedly told the publication that he thinks the 2020 Chevy Corvette orders have already hit the first year of production numbers.

See you in my next story titled "Why the Chevy Volt is Hands Down Better Than the Gen 1 Toyota Prius or the Nissan Leaf."

Chaz wrote on July 30, 2019 - 10:39am Permalink
Personally I disagree. I believe GM considered the following in making their decision. 1. They asked themselves, how can we best take advantage of/exploit the full performance potential of the platform? It could not be a manual, just not possible. 2. We are targeting a market segment made up of Ferrari, Porsche, McLaren (especially McLaren), Lamborghini, NSX, and Audi R8. None of these have manuals. 3. Based on power train layout and positioning, and certainly future power train types, manual transmission is not a feasible option.
DeanMcManis wrote on July 30, 2019 - 1:05pm Permalink
I think that a lot of factors contributed to Chevy not offering a manual transmission for the new Corvette. First off, they said that no transmission manufacturer would build one for a reasonable cost. The Porsche GT3 manual that I mentioned above could probably be adapted, but not at a price that would keep the Stingray's price as low as it is today.
Rayovac wrote on January 20, 2021 - 6:12pm Permalink
Yep, exactly. So GM's Corvette customers WANT manual transmissions but are not able to get them. Now, you can't get a manual at all. This was the most STUPID mistake I have ever seen made by an auto manufacturer. Thank God Porsche isn't this dumb. Looks like another 911 for me which is too bad because I REALLY wanted a Corvette as my next sports car.