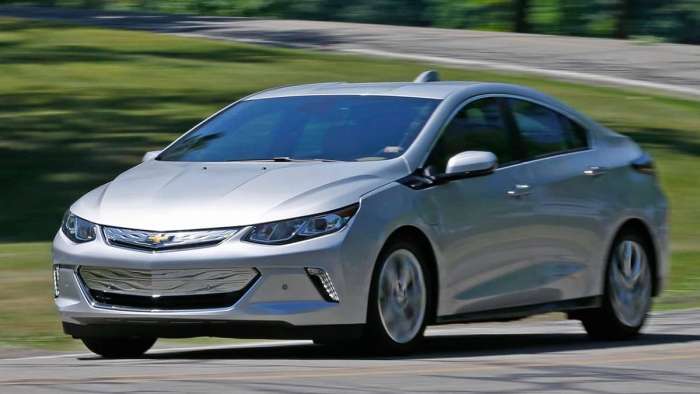 If I were making a recommendation of a car to a friend who was interested in buying a used EV, I would definitely choose a Chevy Volt. Here's why.
Advertisement

Most everyone who knows about the Leaf knows that Nissan's air cooling design choice was a compromise that lead to the batteries losing long term storage capability which reduced the Leaf's driving range, especially in warmer climates. However, I do not think that simply leaving a Leaf out in the heat will degrade the battery, unless it has a full charge. Beyond that, the biggest range hit comes from overcharging the battery past 80%.

For cars like the Chevy Volt, when they are fully charged then the battery is actually only at 80% of it's full capacity. But the Leaf allows you to charge it to 100%, and doing a fast charge to 100% can degrade the range capacity even more quickly. Heat issues create oxidation on the cathode, and charging issues create a film called solid electrolyte interface that grows thicker with use on the anode, diminishing efficiency and capacity. After early Leafs showed unexpected storage loss, Nissan added electrolyte additives, and cautioned Leaf owners from fast charging their cars to 100% capacity. 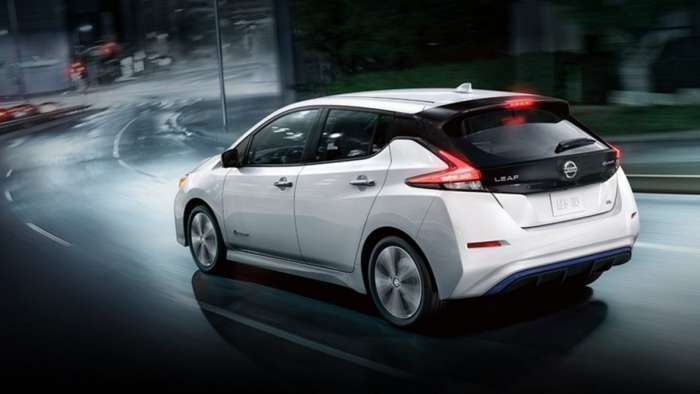 The new Nissan Leafs have much greater capacity overall, and they have an improved electrolyte blend, so they are less likely to lose capacity compared to older Leafs, but they still provide only air cooling for the battery. 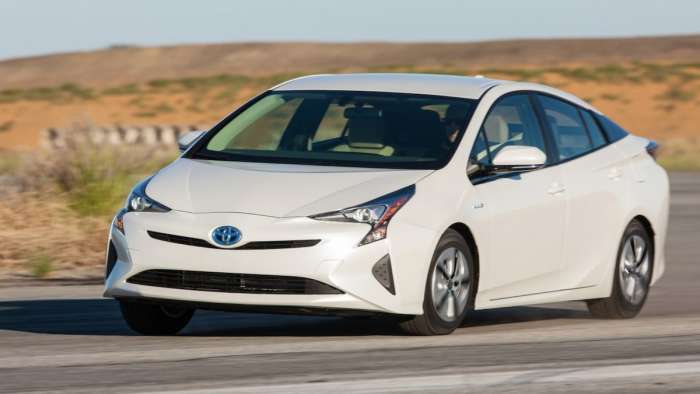 For an early Toyota Prius I am not certain that the original NIMH batteries did not suffer from the memory effect which reduced the ability to fully charge the battery over time. And I would be concerned with having a car with a 20 year old NIMH battery regardless.

The Chevy Volt and Its Cooling System

In contrast, the Chevy Volt has four fully independent cooling systems. The power electronics cooling system is dedicated to cooling the battery charger and the power inverter module. The battery cooling system cools (or heats) the big traction battery. The engine cooling system and heater only cools the gasoline engine and heats the inside of the car. And the electric drive unit cooling system is designed to cool the two motor generator units and associated electronics. This was a more complex and expensive design than the Leaf or Prius used, but time has shown that the Volt has not displayed the same battery capacity loss issues that upset Leaf owners living in hot climates. Which makes the Chevy Volt a better choice for a used EV than the Nissan Leaf.

Compared to the Toyota Prius, the Chevy Volt is capable of 30-60 miles of EV range, depending on temperature and which generation Volt it is. The Toyota Prius (except for the newest Prime model) doesn't allow you to externally charge to battery, or run it in pure EV mode at all. So even though the Chevy Volt is essentially an electric car with a 30-60+ mile EV range, which has a built in gas engine that can extend the range indefinitely. The older Prius is limited to running in EV mode just at low speeds, so it ends up just being a gasoline car that gets better gas mileage. Plus the Volt is much quicker, and to me better looking. Which all together makes the Volt a better used EV choice for many buyers than the Prius or Leaf.

Also read my next story where I am discussing why EV sales are up in China and Europe except in the United States.

Peter Neilson wrote on August 3, 2019 - 7:55pm Permalink
The Prime is a better PHEV than the Volt though, plus the Volt is now discontinued. Prius is still King.
DeanMcManis wrote on August 4, 2019 - 12:38am Permalink
I like the Prius Prime and I am happy for it's success. But I dispute the claim that it's a better PHEV than the Volt, especially used. The Gen II Volt has twice the EV-only range that the Prius Prime does, and the Prius manages 0-60 in a very leisurely 10-12 seconds as opposed to the Gen II Volt's 7.5 seconds. And you can find a low mileage Gen II Volt for under $15K, compared to a used Prius Prime which will cost much more.