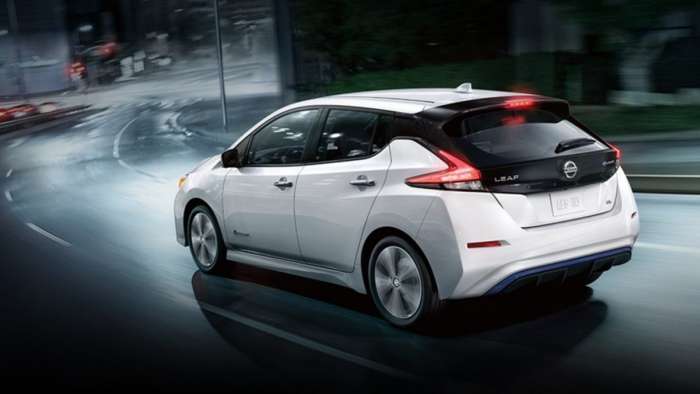 Why EV sales are up in China and Europe but down for the U.S. Except for Tesla

Overall across the globe, EV sales are up, and the future looks bright. But in the U.S. recent changes in national fuel economy and smog requirements have caused EV sales to drop here. Tesla seems to be the only U.S. automaker who is not holding back, and their growing sales numbers show that many buyers want EVs.
Advertisement

Could the push for short term profits cost us in the long run by slowing EV innovation here while the rest of the world moves ahead?

Generally, automotive sales have declined over the past 2 years in China, but because of clean air reforms and economic incentives there is one area of strong automotive economic growth, NEVs. NEV stands for New Energy Vehicles, which includes BEVs (battery-only EVs) and PHEVs (plug-in hybrid EVs) combined. China NEV sales in 2018 hit a new high of 1.256 million! With 271K being PHEVs and a whopping 984K being BEVs.

Watch Top 10 Most Sold Electric Vehicles in USA During 1st Half of 2019 and click to Subscribe to Torque News Youtube Channel for Daily EV and Automotive News.

Since 2016 the Chinese government started a carbon-credit program with quotas for electrified vehicle sales. To get the carbon credits, an automaker has to reach NEV sales equal to 10% of its annual sales in 2019, and 12% in 2020. That NEV program was extended to reach 18% by 2023. In the U.S. the current percentage of NEVs are under 3%. In fact, let's take a look back and see how many electric and hybrid cars were sold in California between 2010-2013. 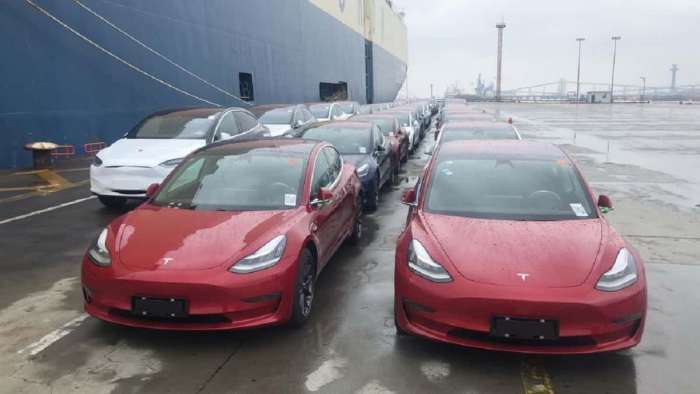 Countries like Norway have among the highest percentage of plug-in hybrids and BEVs for a few reasons. Gas and Diesel fuel is expensive (2X U.S.), especially compared to EV charging at home, and also they make EVs comparatively more attractive because diesel and gasoline cars have higher taxes than PHEVs and BEVs.

Gas and Diesel cars there have CO2 tax, NOX tax, weight tax, and Value added tax, whereas a BEV there has none of those taxes. Norway calls this policy “The polluter pays principle.”

Except for Tesla, the U.S. automakers are falling behind with EVs

For U.S. EV sales in July 2019, more than half of the EVs sold in the U.S. were by Tesla. Overall Bev sales for July were around 19,557, with PHEV sales around 6,838. Contributing to the general EV sales decline was the fact that Washington is planning to repeal goals for the national fuel economy requirements and lower tailpipe emissions.

Those national mandates are being fought by California and 22 other states that currently want less smog and less dependence on fossil fuels. But the EPA backsliding is still taking its toll on sales and EV momentum. Chevy, Ford and Chrysler are dropping their sales of economy cars and PHEVs, and GM and VW are no longer building PHEVs. The Prius Prime and Honda Clarity PHEVs picked up some of the lost sales from the previous PHEV sales leader the Chevy Volt. But see how Model 3 helps Tesla to take the sales lead from Chevy Volt.

The biggest problem with shifting cold-turkey from PHEVs to BEV models is that GM, VW, Ford and others do not have a waiting line up of new BEVs available to buy, and it will be between 1-3 years until new models are in showrooms. Plus cutting federal EV tax assistance for Tesla and GM (who have made the greatest effort) EVs makes it harder for them to compete against newcomers and gas powered cars.

The problem that I see is that the domestic automakers did not promote and support PHEVs or BEV sales well in the recent past, and as a result then they showed that there was reduced demand, and little profit to be made. So now with lowered federal incentives to build clean, economical vehicles, and even less PHEVS and few new BEVs to attract new customers, the automakers can financially justify delays in bringing their new PHEVs and BEVs to market. But even in this tougher EV market Tesla has shown that there still is a strong American market for buying EVs and potential demand for more.

I am hoping that GM, VW, and Ford follow through with their EV promises to build new electric vehicles soon, and not let the rest of the world take the lead with tomorrow’s EV technologies.

Mellon wrote on August 31, 2019 - 5:55pm Permalink
The U.S. is of a Different Mindset when it comes to Automobiles.... Unlike Europe where the Heavy Hand of Government Punishes you for Driving the 'Wrong Kind of Car' with Taxes etc...Americans are allowed 'Free Choice' ..that's the reason why E.V.'s have Not taken off ...too many alternative choices at half the price of a Tesla.....'Freedom' to Choose is always a Good thing ..!!!
Jeff Kin wrote on September 13, 2019 - 8:18pm Permalink
Nice try Mellon, but AHHHHH WRONG! Simple fact that Europe's gas is NOT subsidized, it's $$$ compared to USA. So it's our heavy handed government, keeping tons of gas guzzlers on the road. They can't afford to drive those in Europe!