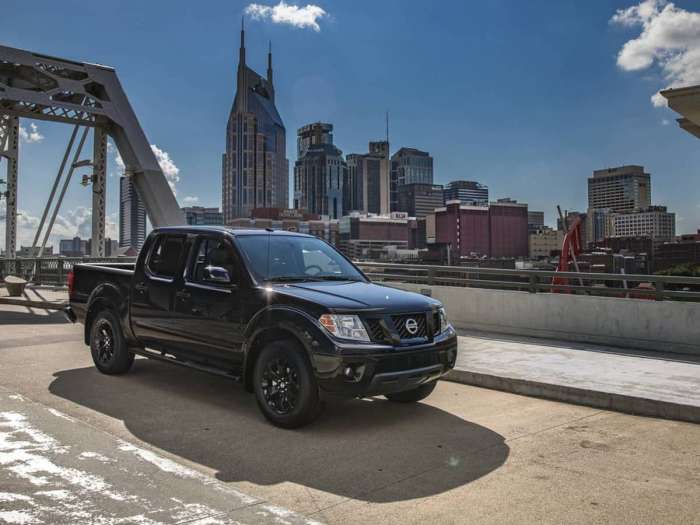 The 2018 Nissan Frontier mid-size pickup could be the best truck value in America. See why it’s a good choice even though it’s outdated.
Advertisement

The Nissan Frontier is largely unchanged since this current generation's debut more than a decade ago, but it’s the best value out there in the mid-size truck segment. The all-new Nissan Frontier is set to debut next year, but until then don’t dismiss the 2018 model year.

In spite of showing its age, Frontier offers a comfortable ride, a bed with utility, and legitimate off-road capability. What makes Frontier a good buy for truck buyers, is the price as its the most affordable mid-size truck compared with the Toyota Tacoma, Chevy Colorado, Honda Ridgeline and GMC Colorado. Check out our price comparison.

The 2018 Nissan Frontier now includes a rearview camera on all models. Nissan has also made a few previously optional features, such as air conditioning and cruise control, standard on the base S trim level. A new Midnight Edition adds blacked-out cosmetic enhancements (wheels, grille, mirrors and body-colored bumpers). 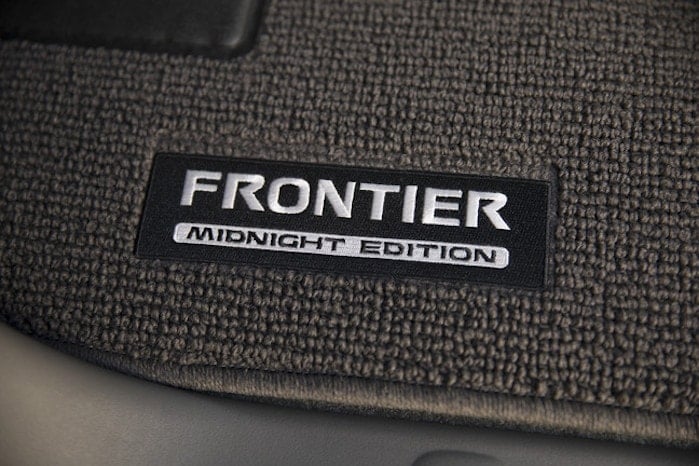 Inside, the cabin is comfortable and practical. The heated cloth seats are ideal for cold weather climates and perfect for our Colorado climate. The Crew Cab has a fair amount of room for a midsize pickup but the back seat can be tight for adults, especially if you’re traveling more than a couple hours. Our taller passengers did comment that there was a lack of legroom in the back. But for two people carrying cargo and heading to the back country is where the Frontier Crew Cab shines.

For those who need to transport lots of cargo inside, the Frontier gets high marks. For items you don’t want in the bed, the rear seats in the Crew Cab fold to create a secure storage area. The truck provides a large cargo area that can be conveniently accessed through the rear doors. Frontier comes with a six-foot bed option on Crew Cab models for extra cargo, equipment storage, and additional room for work or play.

The available movable tie-downs offer added flexibility when it comes time to secure any load. The Frontier also comes with a factory sprayed-on bed liner that keeps the bed from getting dinged and scratched.

The 2018 Frontier pickup is powered by a capable 4.0-liter V6 engine, making 261 horsepower and 281 lb-ft of torque. It’s mated to a 5-speed automatic transmission.

The Frontier’s V6 is powerful enough for most driving and hauling situation. We had np problem passing slower traffic on our first drive up I-70 heading into the mountains. The mid-size pickup, when unloaded, can power up even at altitude. We never had it fully loaded with cargo, but it should be a capable hauler when pulling a trailer with something like a snowmobile or small camper.

Even though Frontier is a midsize pickup, the Crew Cab is long and we appreciated the backup camera and rear sonar system that let us know we were too close to a pole. Our passengers liked the sliding rear window to let air in as we traveled to lunch this week too.

On the road, the midsize truck maneuvers better than a full size, and the Frontier’s suspension keeps the body under control at high speeds. Like any 4X4, the suspension is a bit rough over the dirt or pavement. Overall, the Frontier rides smooth and the cabin is quiet, even with the bigger 18-inch Midnight Edition wheels.

The 2018 Nissan Frontier SV Crew Cab 4X4 is definitely due for a remodel both inside and out. The competition is moving with new designs and Nissan has fallen behind Toyota and General Motors. The Frontier is still capable with its V6 that offers plenty of power. It will haul all the cargo you can pack in, plus it will get you away from civilization. Overall, the 2018 Nissan Frontier is a good choice and a good value compared with the competition.

Thomas Steinruck wrote on September 7, 2018 - 6:49pm Permalink
My wife wanted a small pickup, and she's only 5 foot tall, to run around when she's taking care of the horses. We looked at the Chevy Colorado because we have always owned Chevy vehicles, the Colorado was too big and too expensive After looking at several other makes and models we settled on the Nissan Frontier and we have been very happy with it. It's the right size and it was a reasonable price. We are really enjoying it, I, at 6 foot 2 and 215, like to drive it and we haven't had one minute's problem with it. We would definitely buy one again.