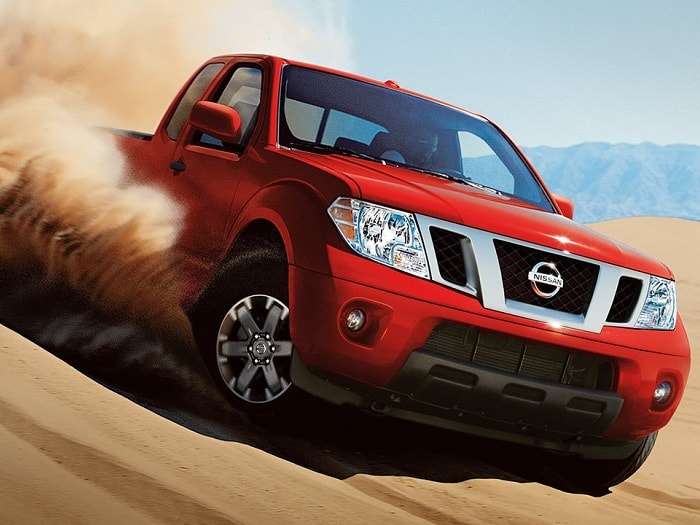 Nissan Frontier vs Tacoma, Colorado; Which Pickup Is the Better Value

The 2018 Nissan Frontier needs a complete remodel, but it’s still selling well. How does it compare in value to the Tacoma and Colorado?
Advertisement

The 2018 Nissan Frontier mid-size pickup sold in the U.S. is still in the second generation that began with the 2004 model year. A complete overhaul is due, and it could be coming next year. We know it will be built at Nissan’s plant in Mississippi, but they’ve been quiet on when it will arrive.

Until then, the current model is still selling well for the Japanese automaker. It competes with the Toyota Tacoma, Chevy Colorado, GMC Canyon and Honda Ridgeline. When you look at the numbers, it’s easy to understand Nissan’s reluctance to fork out boat-loads of cash for developing a new-generation Frontier.

Sales are robust for Frontier, with 74,360 mid-size truck customers stepping up to sign on the dotted line for Nissan’s littlest pickup in 2017. It’s a bit off from the prior year, when Frontier had record sales (86,926 units sold), but more than double the number of GMC Canyons sold during that same time period.

In 2017, the aging Frontier was still the third best-selling midsize truck, following the Toyota Tacoma and Chevy Colorado. The mid-size pickup was also the eighth best-selling truck in the U.S., including full-size heavy-weights Ford F-150, Chevy Silverado, and Ram 1500.

Which pickup is the better value

The 2018 Nissan Frontier is still a good mid-size pickup with plenty of trims and packages available. Nissan has confirmed the next-generation (2019) Nissan Frontier is coming, and it will be produced at their Canton, Mississippi plant alongside the Murano, Titan, Titan XD, NV Cargo, and NV Passenger vehicles. Until then, the current model is still the best value out there if you are looking for a mid-size truck.

Bob Braun wrote on March 11, 2018 - 2:36pm Permalink
If the Frontier is selling well, why does it need a makeover?? Its current size is ideal. There are LOTS of us who want the utility of a small pickup, but could not care less about going offroading. All the other "midsize" trucks are bulked up to the point there's very little difference from a full-size truck. I want something my shortish wife can get into without learning a new dance step on the running boards. I want something for convenience runs to Lowe's, or something that will carry my camping gear overload. I do not want a bloated, over-equipped stump-jumper!. I would have bought a Frontier last week if there had been more flexibility in driver's seat position, or if the touch screen were a little bigger. That's all!

LG's New EV Battery Plant Is a Welcome News for Tesla
Tesla Giga Berlin's New Hurdle: It's Not Only the Gov't, but Now Tesla Itself
END_OF_DOCUMENT_TOKEN_TO_BE_REPLACED