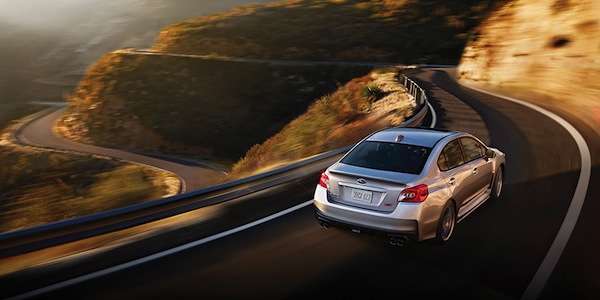 Subaru prides itself year in and year out for building the safest vehicles on the road. The Insurance Institute for Highway Safety (IIHS) confirms that they do have safe vehicles by awarding the small Japanese automaker with Top Safety Picks for their entire lineup from 2010-2015. The 2016 Subaru WRX performance sedan is the latest Subaru to achieve the top safety award.

When equipped with Subaru’s EyeSight safety system, the 2016 Subaru WRX earned 6 of 6 points for front crash prevention. To get this award, a vehicle must have “Good” ratings in all four tests of high-speed front and side crash tests, a rollover test, and evaluations of seat/head restraints for protection against neck injuries in rear impacts.

The 2016 WRX earned the highest possible rating of “Good” in these five IIHS evaluations for occupant protection. The same level of performance in those tests, along with an “Advanced” or “Superior” rating for front crash prevention, is required for the higher accolade, TOP SAFETY PICK+ which WRX also achieved.

The 2016 Subaru WRX joins the 2015 Legacy, Outback, Forester, Impreza and XV Crosstrek models by achieving TOP SAFETY PICK+ from IIHS when equipped with optional EyeSight Driver Assist Technology. Look for Subaru to continue to enhance EyeSight, which will keep the 2016 Subaru WRX the safest performance compact vehicle on the planet. Get the full report on WRX safety performance here.