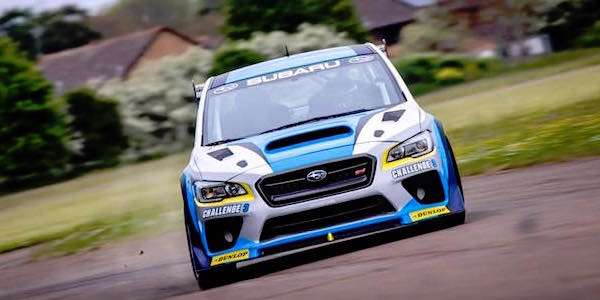 Higgins put this on his FB page, “This is the actual car in full livery for TT next week.” He’s been testing the new STI Time Attack somewhere in the UK, and posted a short video of the car with the sound with the restricted exhaust. It will be coming off when he gets to the Isle of Man. Higgins says, “It was good to get a few runs to chuck her about a little, nice and smooth next week.”

Subaru is taking the car to TT next weekend

Subaru will take the car to the TT next weekend, Saturday June 4 for testing. Higgins says they plan to run the car on test laps on the race days on Saturday June 4, Monday 6th, and maybe Wednesday the 8th. They will attempt to break the record on Friday June 10.

Higgins says, “I would like to thank everyone involved ,especially Subaru USA, Prodrive and all the team involved in the build of the car, automotive events and Dunlop, also great to have Dirtfish and A Jartec on board and Alpine stars. All the hard work is now done so can't wait to get back on the Isle of Man next week.”

Mark Higgins is already getting comfortable with the new 2016 Subaru WRX STI Time Attack car in the UK. Can Higgins break his own record at the IOM? Stay tuned.