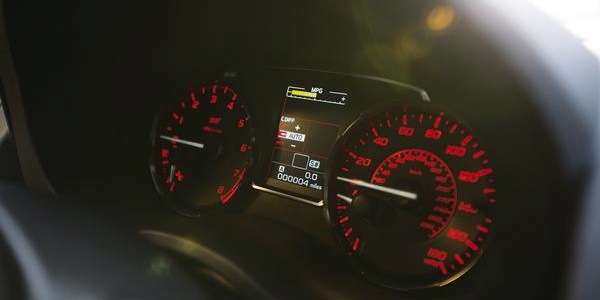 Subaru, who produces the popular 2015 WRX and WRX STI stands head and shoulders above all other automakers in one very important category.
Advertisement

Subaru produces two performance cars in the 2015 WRX and 2015 WRX STI and they are tops in one very important category when it comes to reliability. The Subaru brand tops in the Warranty Direct Index for electrical reliability. Why is this important for performance enthusiasts?

The all-new 2015 Subaru WRX and WRX STI will be arriving with more high-tech electrical features than ever before. Electrical reliability is increasingly important as our modern performance sports cars become more advanced with more and more high-tech features. Subaru is ranked first in the league table of car brands’ electrical reliability according to the latest data released by UK’s Warranty Direct.

This report from the UK is another bright spot in the long list of reliability accolades for Subaru. The 2015 WRX and WRX STI will be arriving soon in showrooms and quality perception for the brand in whole has been moving up in the last few years.

What makes this study important for the Subaru WRX and STI? With the increase of electronics in performance cars, electrical faults are now the most common problems across all automakers cars. The report shows that 23 percent of cars needing a repair every year, is because of electrical issues. According to the results, however, only one in seven Subaru models suffer electrical problems each year.

The 2015 WRX STI WRX STI now comes with new high-tech upgrades like a new multi-information central display with 4.3-in. LCD screen. The new system provides a multitude of vehicle system functions. It includes a rear camera display, boost gauge display, audio, Bluetooth and climate control settings, and a VDC screen showing traction control operation. The new display can provide a vehicle self-check and maintenance reminder. All these systems have the potential to cause warranty problems.

Warranty Direct managing director, David Gerrans, said: “As automotive technology continues to advance, cars get more complex. Nowhere is that more so than in the field of computer technology and other electronics.”

The all-new 2015 Subaru WRX and 2015 WRX STI are Subaru’s successful performance models and they come with more high-tech electronics than the previous generation rally-bred sports cars. But this new report from Warranty Direct shows they will continue to be more reliable.