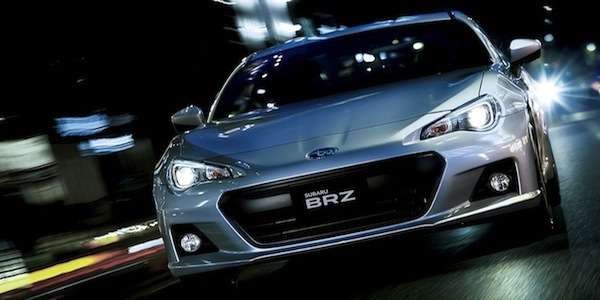 Receiving recognition or praise from the automotive press is probably the ultimate compliment an automaker can get. It means that brand is doing something right, and Subaru received three awards for the new 2015 Legacy sedan, Outback wagon and BRZ sports coupe this week at the Chicago Auto Show. Consumers have also been responding to the brands new cars and Subaru has seen new records set for six consecutive years.

The newly redesigned 2015 Legacy sedan has gained the attention of the media for its improved interior, entertainment and connectivity, as well as improved ride and handling. MotorWeek awarded the all-new 2015 Legacy its Drivers' Choice Award for Best Family Sedan. Every year, the editorial staff from MotorWeek makes their selections for best family sedan, luxury car, SUVs and pickups. From that group, an overall best of the year is chosen. Legacy also received honors from The Car Connection and Kiplinger’s Personal Finance as "Best Car to Buy 2015" and “Best New/Redesigned Car $25,000-$30,000” respectively.

The Outback wagon also received a complete remodel for the 2015 model year and has been highly praised by the automotive press. US News and World Report has awarded the new wagon its “2015 Best Wagon for the Money” award. The honor is bestowed to the car by combining the average price paid from TrueCar, Inc. and the five-year total cost of ownership data from Vincentric, LLC with their rankings data. They take into account the opinions of the automotive press about a car's performance, interior features and interior comfort, along with reliability and safety ratings.

The 2015 Subaru BRZ has been the only car in the Subaru lineup that hasn’t seen an increase in sales. Interest has cooled and BRZ sales have taken a nose dive here in the U.S. It didn’t stop Consumer Guide Automotive from awarding the Subaru BRZ sports coupe with a “Best Buy Award” in the Sporty/Performance Car category. BRZ is due for a refresh, and still the sporty rear-drive model picks up its second consecutive win in the category. Because the BRZ is an affordable sports car, Editors of Consumer Guide Automotive deemed the Subaru coupe a good dollar value compared to others in the class.

Subaru keeps getting awards from the automotive press and setting record sales numbers with consumers. The 2015 Legacy, 2015 Outback and 2015 BRZ are the latest to be honored at the Chicago Auto Show.