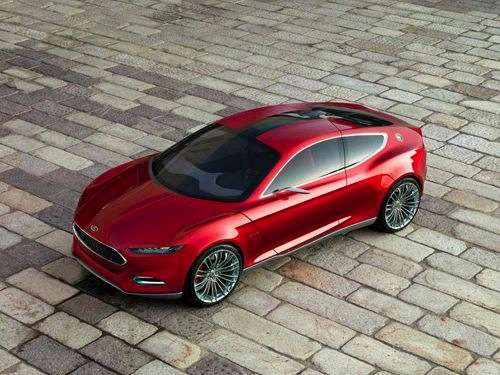 2015 Ford Mustang will get major changes for UK markets

The 2015 Ford Mustang will be getting some major changes when it finally arrives in Europe.
Advertisement

Ford has recently announced the legendary Mustang will go on sale in Europe as part of the company’s renewed efforts to produce a global lineup of vehicles. Ford has not given details on what the next-generation Ford Mustang will look like, how much it will cost, or what powertrains it might offer yet. Alan Mulally, Ford’s president and CEO, as well as Stephen Odell, vice president and CEO of Ford Europe have done a good job of keeping the details of the new Mustang under wraps.

But details are beginning to leak out and Auto Car is reporting that the iconic Ford Mustang being offered in Europe with be engineered in right-hand-drive, and Ford will also drop the V8 engine for UK markets. They report that the Mustang platform will be re-engineered to accept right-hand drive and will get a “re-positioning of key componentry from the engine bay and front axle to package the new steering rack and steering column.”

Ford knows that the next-generation Ford Mustand will truly need to be a global car and it will need to appeal to the European audience. It shouldn’t come as a surprise that the new 2015 European Mustang pony car will need to be reconfigured to handle the demands of UK enthusiasts. Ford will need to make major changes in order to satisfy this new market.

“You only have to look at the incredible response to Mustang when it has appeared this summer at the Goodwood Festival of Speed, in the U.K., and at the Le Mans Classic, in France, to get a sense of the excitement this American icon generates across Europe,” Odell said. “The Mustang is uniquely Ford and has a huge fan base here in Europe. Now those fans have something to look forward to and we look forward to providing more details in the near future.”

We know that Ford will likely be equipping the next-generation Stang with an independent rear suspension, but there will be even more changes in store for the European two-door pony car. The British version will likely be without a V8 powerplant for the first time in its history.

New engines for the European Mustang

The 5.0-liter V8 engine will likely be dropped from the European market car and will be replaced by a 3.7-liter V6 producing around 300 horsepower, or a more likely 2.0-liter four-cylinder EcoBoost engine with a turbocharger. Ford is having incredible success with their EcoBoost engine in Europe.

Ford is already using the 1.0-liter EcoBoost extensively in Europe in the Ford Focus and is proving to be a huge success. About 30 percent of new Focus buyers have opted for the 1.0-liter EcoBoost. And Ford just recently scored one of the fastest lap times on the Nurburgring with the new engine.

Ford of Europe announced it will more than triple EcoBoost equipped vehicles by 2015. The number of models offering EcoBoost will increase to 10 by 2015. Ford will deliver 1.6 million turbocharged EcoBoost engines globally by 2013, “which exceeds the automaker's target by 100,000 units,” said Mark Fields, Ford president of the Americas.

The next-generation 2015 Ford Mustang to arrive on European shores will look and feel much different than the American version we have come to know and love.

2015 Ford Mustang may not look like the Evos concept

Tesla Contemplates A New Strategy for China Retail even As Sales Boom
Jay Leno on Elon Musk & EVs: “I Think He Should Get ... Credit"
END_OF_DOCUMENT_TOKEN_TO_BE_REPLACED