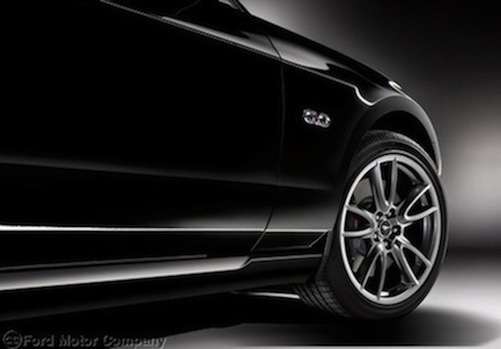 The Australians can celebrate the return of the V8 Mustang as the new global 2015 Ford Mustang returns after being gone for almost 50 years.
Advertisement

You can almost hear the Australians shouting for joy as the new-generation Ford Mustang returns after taking a fifty year hiatus. The Aussies will be losing the Ford Falcon, but the new 2015 global Mustang will replace the axed four-door sedan. News.com.au tells us that the announcement by Ford to bring back the Mustang to Australia has not been made official, but Jim Farley, Ford’s vice president of global sales and marketing will fly to Australia on August 13 to make the announcement.

Ford announced in May that production of the Falcon will officially end in 2016. Ford cited a long-term sales trend away from large family sedans in the Australian market and the high cost of manufacture at the Broadmeadows plant that will soon close. But muscle car fans down under can start to party because they will be getting the new 2015 global Ford Mustang in 2016 with V8 power.

Ford Australia would not confirm the announcement but confidential sources have confirmed to News Corp Australia that "Mustang is a goer". They say Ford will be making the announcement well in advance of the arrival of the new global pony car so that Australians will be reassured that Ford will “continue to sell cars there” even though the plant will close operations after 90 years. Ford will import the all-new 2015 Ford Mustang that will be the first Mustang to be sold on a global level.

Australia will get a V8 powered Mustang

Australia is said to be getting the new 2015 Mustangs with a V8 powerplant and not the four-cylinder variant. If the new-generation Mustang heading to Australia is the 5.0-liter GT model, it could pack as much as 475 horsepower making it a true performance model. The new Ford Mustang has already been confirmed for the UK with right-hand-drive and it will give Ford another outlet to ship the cars to another global market. The right-hand-drive pony cars require expensive modifications and will help the Dearborn automaker re-coop the additional costs.

The new Mustang platform will be re-engineered to accept right-hand drive and will get a “re-positioning of key componentry from the engine bay and front axle to package the new steering rack and steering column.” Ford Australia tried to convert a small number of Mustangs between 2001-2003, but had to charge close to $90,000 and fewer than 400 were sold.

The report by News.com.au says the new 2015 Ford Mustang will have a starting price of close to $50,000 making it much more affordable for the Australians. Ford has received negative publicity over the plant closures and the new Mustang will help customers forget about losing the Falcon and loss of jobs.

The arrival of the V8 powered Ford Mustang may persuade organizers of Australia's premiere motorsport championship, the V8 Supercars racing series, to modify the rules to allow two-door coupes to compete that currently only includes sedans.

Last year at Goodwood, and at the Le Mans Classic in France, the Mustang received incredible response. The excitement that the American icon generates across Europe should also translate to Australian performance enthusiasts. Now those fans have something to look forward to as the all-new 2015 Ford Mustang with a V8 will be sold down under.