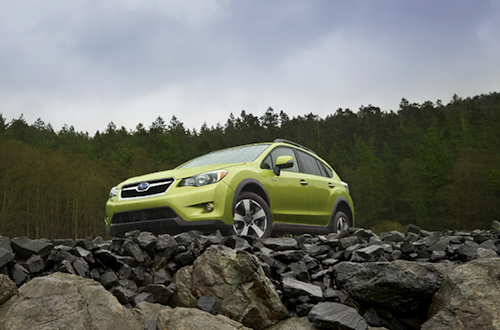 Subaru is advancing all over the globe and sales in Australia of the new 2013 XV Crosstrek have launched sales down under to a new monthly record.
Advertisement

Subaru just keeps piling up new records around the globe. Subaru Australia has announced record sales in the month of March 2013. And the all-new 2013 XV Crosstrek All-Wheel Drive is Subaru’s number one performer. Strong sales of the XV Crosstrek crossover have helped boost the brand’s monthly total to a new high of 4219 vehicles in March, according to official VFACTS figures released yesterday. Is Australia Subaru’s best market for the new XV Crosstrek?

Australia isn’t the only market for Subaru that is setting records. The XV Crosstrek is also selling well in the U.S. U.S. sales figures for the XV Crosstrek were 4688 units in March 2013 and 10,710 year-to-date sales. That puts it behind the new 2014 Forester, Impreza, and Legacy. But the XV Crosstrek is pushing sales to new heights in Australia. The new total figure eclipses the previous monthly record of 4116 sales, established in June 2008.

Subaru is doing well in Australia

Industry sales have actually declined in Australia and Subaru is experiencing and increase despite the economy. Subaru Managing Director, Nick Senior, said: “We’re delighted to establish a new record in a month when overall industry sales actually declined 0.2 per cent. Why is Subaru doing so well when other carmakers sales are going south?

Subaru has launched a number of new vehicles including the Subaru BRZ and XV Crosstrek. They are designing and bringing to market cars that are appealing to customers wants and needs. They have also launched the new Outback diesel automatic that offers both power and efficiency. Senior added, “The customer response to our new generation Subarus is tremendous and with the launch of our first automatic diesel, the Outback 2.0D CVT, we can see more potential as the year progresses.”

Subaru is giving the Australians what they want. They have the new XV Crosstrek that is an ideal vehicle for customers needs with it’s rugged “go anywhere” attitude. And they also get to enjoy the benefits of the 2013 Subaru Outback 2.0 Diesel variant with a six-speed standard transmission and now with Subaru’s newest Lineartronic Continuously Variable Transmission (CVT). Both vehicles are propelling Subaru to new sales heights.