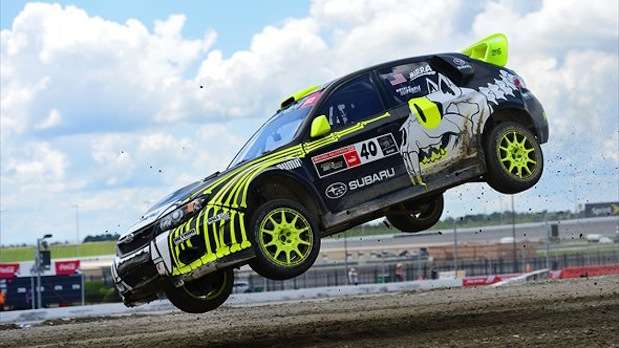 The Subaru PUMA RallyCross Team not only needs a properly prepare 2013 WRX STI race car, but drivers who can handle the high pressure art of Rally Cross.
Advertisement

Rally Cross is one of the most demanding autosports on the planet for both car and driver. The Subaru PUMA RallyCross Team has been making progress this season and earned their strongest finish so far at Atlanta Motor Speedway. It’s a “high pressure art” that isn’t easy to master as the Subaru team knows well.

But they battled from the very back of the nine-car grid in Atlanta on the Final race. Isachsen has now advanced to the past five finals and has three consecutive top-five finishes. “It was good fighting in the Final here,” said Isachsen at the podium celebration. “It was everything or nothing in the Final and I gave everything and ended on top!

Subaru has documented every race with their series called “Launch Control.” In this issue below, the video shows the Subaru PUMA RallyCross Team fighting at the top during Round 5 of the Global RallyCross Championship held July 20th at Bristol Motor Speedway. Isachsen won his heat race advancing him to the front row of the Final.

Mechanical excellence is always the goal in GRC and finding flaws in the equipment can be challenging. But having the best drivers is a must to win. As the video below shows, cameras mounted underneath the car show just how demanding and how much contact these cars make during a race.

An impressive start by Isachsen saw the Norwegian run as high as 2nd overall before race-contact crushed his exhaust, robbing the WRX STI of power and dropping him back to 4th overall. This was the team's best finish to this point in 2013 after competing in three earlier events.

Next up for the 2013 Subaru WRX STI PUMA RallyCross Team is Charlotte Motor Speedway September 22. We’ll see if the team can continue to battle and move up higher on the podium.