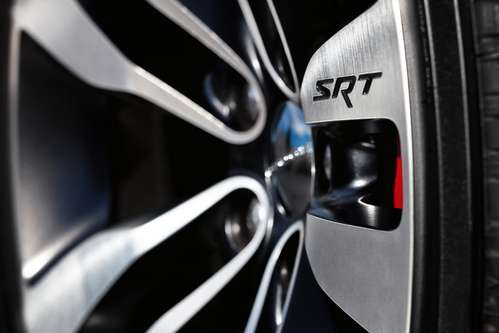 We are only a few days away from the much-anticipated 2012 New York International Auto Show. Take a look at 10 of the top cars to be at this year's show.
Advertisement

It’s hard to believe, but April is upon us and that means we are only a few days away from the 2012 New York International Auto Show. Press will be allowed into the show early to preview all the cars starting on April 4th. The general public can get in for a sneak preview of the show starting next Friday, April 6th, and it officially kicks off Saturday April 7th.

This marks the shows 112th year and should be the best show ever with the event offering virtually every make and model vehicle sold in the U.S. under one roof. The show gives consumers the unique opportunity to see everything the auto industry has to offer, from fuel-sipping economy cars to million dollar supercars.

Here's a preview of my top ten picks to see at this year's show.

2013 Subaru BRZ: Toyota and Subaru teamed together to bring us the BRZ. The rear-wheel-drive sport’s car is a departure from Subaru’s platform, but this is a high-performance car built for true driving enthusiasts. The price will be announced for the first time at the show.

2013 Porsche Boxster: Porsche’s latest Boxster made its debut this month in Geneva and comes in two versions, the standard Boxster and sportier Boxster S. Porsche has said the cars are roughly 15 percent more fuel-efficient than previous models. They arrive this summer and start at $49,500.

2013 Acura RLX: The Acura RL has been the flagship sedan for the luxury automaker for what seems like forever. Acura has just made it official that the RL’s 16-year run at the top of its lineup will end in 2013, its replacement will be the RLX. The new RLX is expected to go on sale this fall as a 2013 model.

Mercedes-Benz SL65 AMG: How about a V-12 twin-turbocharged 6.0-liter packing 621 horsepower and 738 pound-feet of torque? Combine that with an all-aluminum body, and the new SL65 AMG should deliver some incredible performance. Who cares about fuel-efficiency.

2013 BMW X1: BMW should be unveiling the X1 at the New York show and is likely to go on sale in the U.S. this fall. It will get the same turbocharged, direct-injected 2.0-liter TwinPower engine found in the 2012 BMW Z4 sDrive28i and 2012 BMW 328i. It should also come standard with All-wheel drive.

2013 Lincoln MKZ: Lincoln will unveil the much anticipated 2013 MKZ that will feature a wide-opening panoramic glass roof. Designed by Australian designer Max Wolff, Lincoln is hoping the new generation of Lincoln’s will be a huge success.

Fisker Project Nina: Fisker Automotive released a teaser image of its Project Nina recently and the much-anticipated car will finally be unveiled in New York. The vehicle is expected to be a mid-size sedan and will feature a range-extended electric drivetrain. It is supposed to be more affordable than the Karma.

2013 SRT Viper: Last but certainly not least, the 2013 SRT Viper is one of the most anticipated cars of the show. The car will be the first to establish the new standalone SRT brand. Only loyal members of the Viper Club of America will be able to purchase the first cars to roll off the assembly line.

Tesla Giga Berlin's New Hurdle: It's Not Only the Gov't, but Now Tesla Itself
Teslas Are Sold Out Until 2023, But The Timing May Reverse
END_OF_DOCUMENT_TOKEN_TO_BE_REPLACED