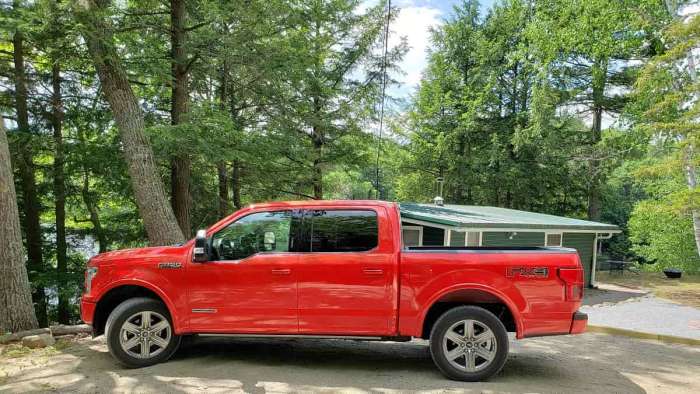 Stop fooling yourself. You really do need the diesel F-150.
Advertisement

If there is an automotive writer that has written more myth-busting stories about diesel vehicles I have never met him or her. For a decade I have written comparison stories showing why diesel cars and crossovers really make no sense. Although I still believe that, consider this tester a convert to diesel trucks.

Why You Need A Ford F-150
Let's start with why you, as a homeowner not a contractor, need a truck in the first place. In your lifetime, there are times that even a large SUV just isn't the tool for the job. Your haul is just too big, too awkward, too dangerous, or too messy to put inside your family wagon. We hauled a long list of stuff to a transfer station that would not fit inside a SUV. Or would fit, but would potentially damage the cargo area. 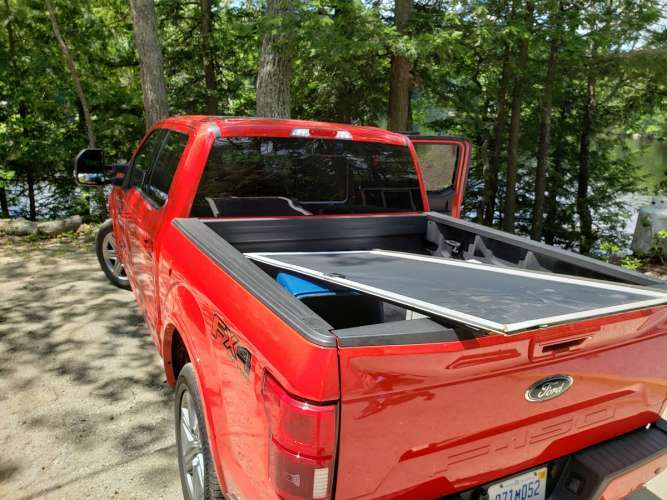 And the handy aspects of Ford's F-150 pickup go beyond the cargo area. The back seat area is enormous. Big enough for a load of cardboard that could choke the compactor. The doors also open super wide. Very handy. 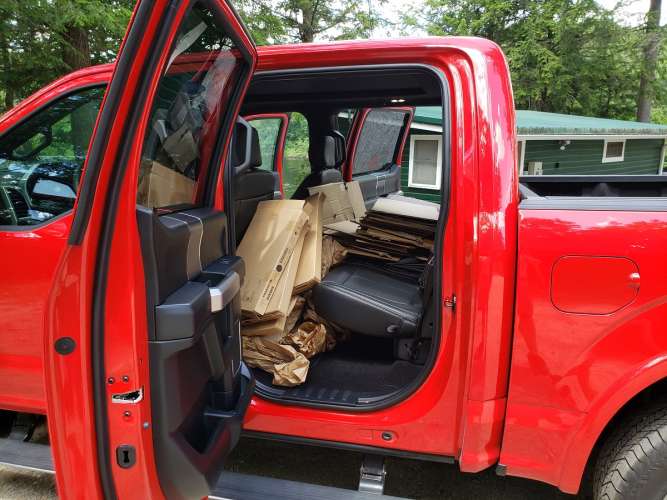 Why Do You Need a Ford F-150 with the Diesel Engine
Ford's F-150 equipped with the 3.0-liter EcoBoost diesel engine is simply more capable. Got to Ford's spec sheet if you want to bust your eyeballs with specifications. We don't care much for engine specs. What do we care for? How about over 600 miles of real-world range? You can drive the F-150 with the diesel engine for hours and hours and still have more range than a typical vehicle does when it is full of fuel.

The F-150 diesel also pulls like a train. Loaded up, pointed at a steep hill, this truck just goes like physics is suspended. The pull is unlike what you will find any non-turbo truck.

And how about a real-world cost per mile for fuel of ten cents? We saw a 25.4 MPG fuel-efficiency number on our long trips. With diesel in our area selling for under $2.50, this truck gets great fuel economy. Better than most SUVs and much better than most sports cars we test.

Ford F-150 Diesel Luxury
Luxury? Yes, luxury. The Ford F-150 diesel we tested was silent inside, comfortable on long highway trips, and had a better sounding stereo than the last $250K vehicle tested. It also had both heated and ventilated cooled seats. Something most luxury vehicles we test lack.

Our tester had a price before discounts of $70,100. While that price may surprise some, truck owners know that Ford's F-150 diesel pickup is a vehicle that fills many roles. And you know you need one.

JOHN RATCLIFFE wrote on June 23, 2020 - 11:41am Permalink
I have no idea how you got such crappy mileage. My 2018 Platinum Diesel 4x4 gets 32 highway (warm weather) on flat ground. Tested over 120 mile trip and verified at pump. I live in mountains and my average when not towing in summer is 27.5 and about 26 in winter.
John Goreham wrote on June 24, 2020 - 8:59am Permalink
Thanks for adding this comment. It helps strengthen my argument that the fuel economy for these vehicles is impressive (particularly now with fuel prices so low and electricity prices high in my area). My average was for all of the driving I did, including in local traffic and when idling. Not just the highway mileage. I was impressed that the F-150 beat both the EPA-estimated combined number (22 MPG) and the Highway number (25 MPG).
DeanMcManis wrote on June 24, 2020 - 3:15am Permalink
Nope. I don't really need one of these. Ford has steadily improved their truck diesel engines to get good gas mileage (for a truck) and not sound like a diesel motor. I have always been of the mind that I don't really need to own a truck, when I've got friends that I can borrow one from, for those few times that I actually need a pickup truck. Ford's EV F150 sounds interesting, because it would be quick, silent, and even more economical. But it still looks to be 3-4 years away from production.
jon wrote on June 26, 2020 - 12:14am Permalink
If you want an alternative to F150, then you might be interested in EV F150. F150 is one of the most popular pickup truck models. I owned one--the 2014 model is great. I was able to do some modifications to it. Tire mounting is quite a hassle at first when you're a first-time truck owner. I ordered a set from 4wheelonline and tried to mount it myself.
PWRstroke wrote on June 26, 2020 - 3:03pm Permalink
As a 2019 Lariat Powerstroke F150 owner I will add I could not be happier with this truck and engine.I love the MPG and there is power to spare. Bear in mind Ford's number of 30 MPG for the 3.0 Diesel is for a non 4WD model. Add the transfer case for the 4WD and it goes down a hair, Also the rear gearing makes a difference as well. The higer the gear ratio the lower your MPG goes. Mine is a 4x4 with 3.55 and I get over 26 average.
Henry Christy wrote on December 10, 2022 - 7:08am Permalink
I've never been able to get better than 22mpg on long flat roads in Texas. I do have the King Ranch 4×4 with 6.5 bed. I believe those last two factors may or must come into play. I pull a 8,000lbs of travel trailer easily at 65 and 70mph but fuel economy goes to 10 to 12mpg. On the open road with that little 26gal tank that's only a 260 mile cruise range, which means stoping for fuel every 160 miles. I don't get below 100miles left in the Western states. I carry a few emergency 5 gal. jerry cans for off road. I probably should also mention that I'm carring a Honda 4 wheeler in the 6.5 bed when I'm pulling my trailer. That's why i have the 6.5 bed with about 4" to spare fitting the Honda Rancher in the back with the tailgate shut. At 55,000 miles I'm satisfied so far other than the fuel economy or lack thereof. By the way it was stilen in October of 2021. I cruised the streets of DFW until i found it and with the help of two police depts., helicopters and K-9s i got my truck back. Some damage not horribly, tires and wheels mainly.