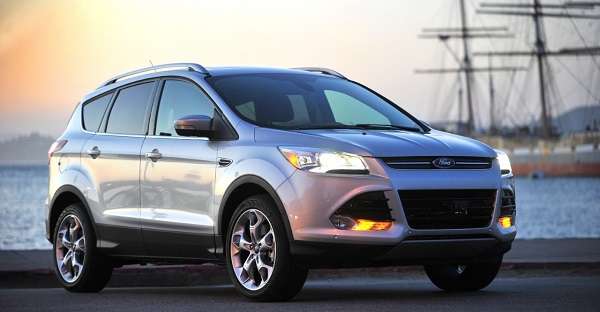 Why are baby boomers all buying fancy Ford Escapes?

Ford finds some startling statistics about the largest segment of our population and their buying habits. Ford and Lexus plan to take advantage of this.
Advertisement

Baby boomers are moving from sedans and full size sport utility vehicles and into compact crossovers in big numbers. Specifically, the nations largest demographic is favoring premium compact crossovers. This trend is understandable when viewed in the larger context of the homes and lifestyles America's young retired are now enjoying.

Compact crossovers are vehicles like the Ford Escape and Toyota RAV 4. These vehicles are one of the largest segments of today's automotive industry and are about fourth behind pickups, mid-size sedans like the Camry, and smaller sedans like the Corolla.

Ford studies its customers buying habits and has found that since 2009 retail registrations of its Escape crossover are up 81% in the 55 to 64 year old age group. Ford also discovered that buyers of about half of its highest trim level of the Escape, called the Titanium, are older than 56. Clearly, Ford's older customers are moving in the direction of premium crossovers.

In order to capture these customers, and those that want even more premium content, Ford's Lincoln division is about to release a more fancy version of the Escape called the MKC. Similarly, Lexus is about to launch its new small premium crossover called the NX which will be about the size of the Toyota RAV 4. Both are likely to be big sellers and very profitable for their builders.

Ford draws parallels between boomers downsizing to smaller premium homes and their move to compact premium crossovers. While we won't dispute that, the ease of ingress and egress, easy to load rear compartments, automatic lift gates, and better seating area with regard to visibility have more to do with the migration of boomers from their old sedans. Clearly those coming to the new segment from the brute utes are simply downsizing.

The new Lexus NX, and new Lincoln MKC will join segment leaders like the Acura RDX and BMW X3 at the top of the premium crossover market.