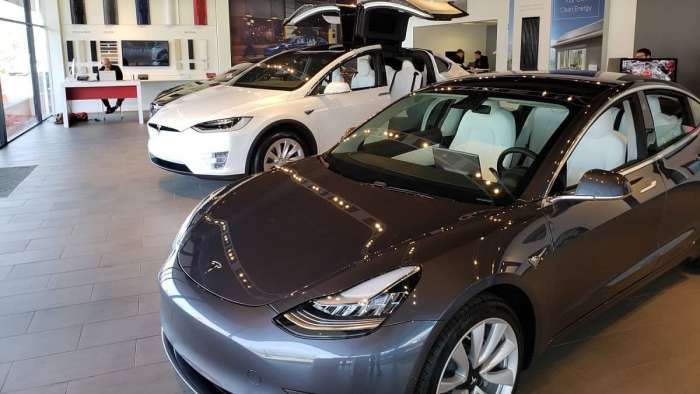 What's Your Prediction - Will Tesla's Stock Finish Up, Flat, Or Down For the Year

Tesla's stock has had an interesting year. How will end it end up?
Advertisement

Tesla has had a wild ride this year. Many events helped to move its stock valuation. As we approach the end of year mark, we would like to ask readers how they think the stock will end the year; Up, Down, Unchanged in value since last December 28th? 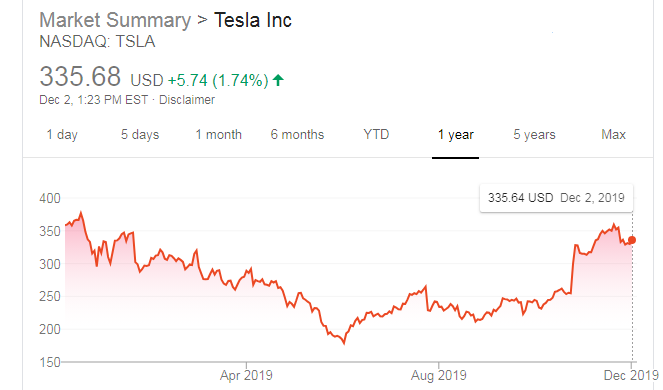 Here is some background information to help you make your prediction. First up, the price of the stock on December 28th, 2018 was $333.87. The valuation at the time this story was created was $335. That means that Tesla's stock value today is almost exactly what the stock's price was about a year ago. The high price point this past year was $376.79 and the low price point was $178.97. 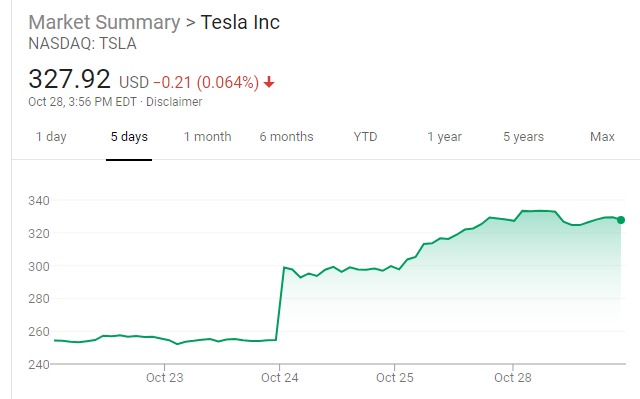 Most recently, Tesla has had two stock price events that are closely correlated to Tesla announcements. The first, was a big uptick in value after Tesla posted a profitable quarterly result - something Tesla has rarely achieved. That event lifted the stock by a whopping 20% on October 24rth. The stock rose in price from $253 to $300 overnight. 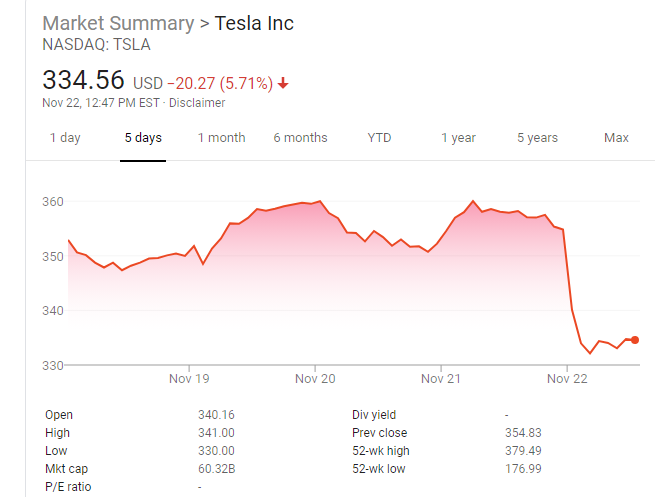 The second major stock-moving event was the reveal of the new Tesla Cybertruck. The Cybertruck's reveal resulted in the valuation of Tesla's stock going from about $360 to about $330 overnight.

Do you see a major Tesla announcement pending that could lift Tesla's stock into positive territory for the year? If so, tell us what it is in the comments below, and where you think the company's stock valuation will end up on the last trading day of 2019.

Related Stories:
Tesla's Stock Bump - Is the Reason Really This Simple?
Tesla Just Shot Its Stock In the Foot With Its New Bullet-Proof Truck

DeanMcManis wrote on December 3, 2019 - 8:46pm Permalink
Tesla stock value is difficult to predict because there are so many short sellers that have steadily sent out false stories and manipulated the news to make big short term profits at the expense of legitimate Tesla stock owners. Without their interference I believe that Tesla stock would have performed better than most stock averages. The company has had it's share of challenges in making Tesla succeed, but it is a real shame that short sellers (who, in my estimation bring no good to any company) had such a strong influence on keeping Tesla stock devalued. I think that the Model Y is going to come out early, along with the Plaid Model S and Model X. And a big influence on Tesla's bottom line will be the Chinese Gigafactory, which has already started producing Model 3s, and they are just awaiting final govt. approval. Chinese production alone promises considerable sales and profits for Tesla. I think that Tesla will be coming out with the Cybertruck ahead of schedule, but that probably won't affect 2020 stock values. I think that there might be some good news if Chrysler (who currently pays millions to Tesla for EV credits) makes good on the rumors of using Tesla drivetrain components and batteries to electrify various models to make them competitive. After FCA's merger with PSA, the stated goals were to electrify their model line-up, but because Chrysler/Fiat has been dragging their feet for so long now I doubt that they have much R&D done, or many EV products in the pipeline, so Tesla could give then a real kick start. Finally, I suspect that Tesla has some technology announcements related to Maxwell Technologies that could turn the EV market on it's ear and cement Tesla's lead in the EV business. Of course R&D takes time, so that reveal may be a long term one.