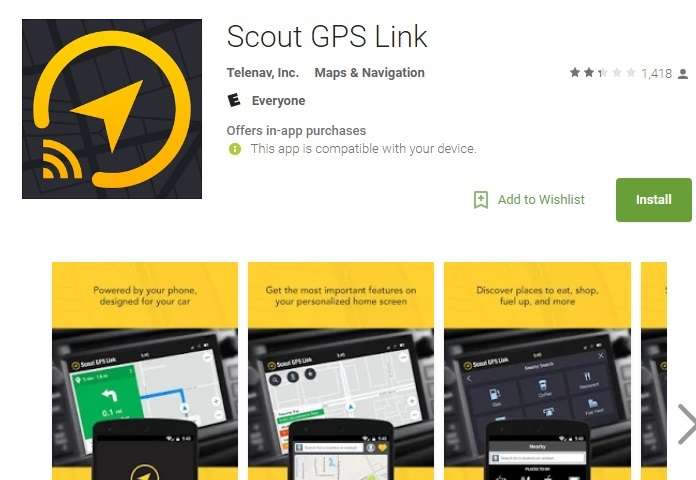 We look at the ratings and functionality of Toyota's navigation app partner, Scout, and compare it to Apple Car Play and Android Auto's navigation ratings.
Advertisement

Toyota made a key decision with regard to the compatibility of its infotainment system a few years back by deciding not to adopt Android Auto and Apple Car Play. These apps enable users to connect their phones to a compatible vehicle's infotainment system and easily interact with the key functionality of one's phone. For those who have not tried them yet, yes, of course, there are safeguards such as limits on the interaction while the vehicle is moving. Those who have used these excellent apps know how well they work, and what the benefits are, but let us list a few here.

Apple Car Play and Android Auto Advantages
The biggest advantage is that all of the content you want is "free", meaning the app costs nothing, there are no advertisements, and no subscription. Furthermore, the information in your phone, such as your preferred routes, who you frequently phone, and your music, are all right there waiting for you. In the car, the navigation function is key to the success of these two apps. They can do a better job than in-dash navigation systems and cost nothing. There are also no "map update" charges, like there are with automakers' in-dash systems.

PC Magazine gave Google Maps a rating of Excellent and points out that Waze was acquired by Google and now its data and real-time traffic conditions are part of what drives Google Maps. Apple Maps is no slouch either and whichever team you are on, the chances are you use them all the time.

Scout GPS Link By Telenav
Scout is less well known. Why Toyota opted out of the app interface that almost every car buyer and almost every cell phone user wants is unclear. What is clear is the folks who use Scout are not very impressed. On Google Play, the current version of Scout earns just two stars. The vast majority of reviewers give it just one star. Apple's iTunes rating for Scout is similar.

The comments under our Toyota stories have started to reflect Toyota's Scout choice. One recent comment under an entirely positive story about the 2018's Camry sales success is typical. Graham wrote, "I spent some time in a 2018 Camry XSE at a local dealership. I'm afraid Toyota has lost me as a potential customer over their refusal to support smartphone integration (Apple CarPlay / Android Auto). One of the reasons I wanted a new car was so I could see Google Maps on the dashboard display, but you can't do this with the new Toyotas. Toyota uses something called Scout GPS for navigation. I was not impressed with the user interface (and read the horrible reviews on the iTunes Store). So, it will be a 2018 Accord for me."

Toyota has fought hard to earn a legion of loyal owners (and the author is one of them). Unfortunately, Toyota is putting buyers in a position now of having to choose between Team Apple or Team Google and an application with poor ratings and almost no brand recognition. Given the passion Google/Android and Apple users have for the products they now integrate so fully into their lives, it is an unfortunate choice to have to make.

For information direct from Toyota on the benefits of Scout GPS Link, please see the company's overview.

LG's New EV Battery Plant Is a Welcome News for Tesla
Tesla Giga Berlin's New Hurdle: It's Not Only the Gov't, but Now Tesla Itself
END_OF_DOCUMENT_TOKEN_TO_BE_REPLACED