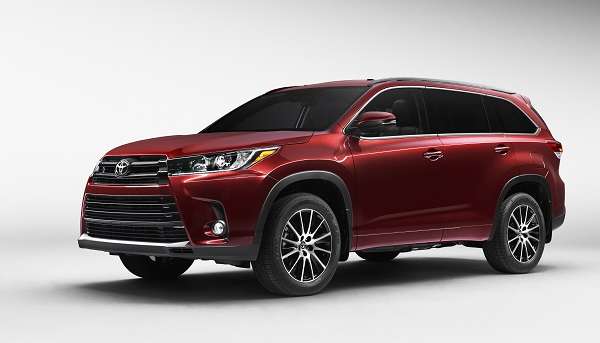 The new Toyota Highlanders sold in November totaled 21,241 units. Even accounting for the added two sales days in this year’s November, the Highlander’s sales were up 53% over November 2015 in which Toyota sold 12,741 Highlanders. This pushes the Highlander’s rate of sales out of the midsize category and into the much higher sales volumes seen by many companies’ compact crossovers, which generally outsell midsize crossovers.

The Honda Pilot is an excellent crossover and has a legitimate claim at being the best crossover in the three-row segment. Its ability to drive almost unassisted on the highway, top safety ratings and excellent fuel economy were not enough to keep it in the Highlander’s sales ranges, though. Honda sold just 9,024 Pilots last month.

How did other brand’s three-row crossovers do in November? The all-new CX-9 thrilled Mazda with nearly 2,000 units sold. Although less than 1/10th the sales of the Highlander, the CX-9 is doing much better for Mazda than the outgoing Ford-based CX-9 it replaced a few months ago. The aging Chevy Traverse sold less than 10,000 units, down on a daily sales rate basis. Nissan’s Pathfinder sold just under 7,000 units, also down on a daily sales rate basis. Ford’s sales were unavailable at the time of this report, but Ford does not sell a direct competitor to the Highlander.