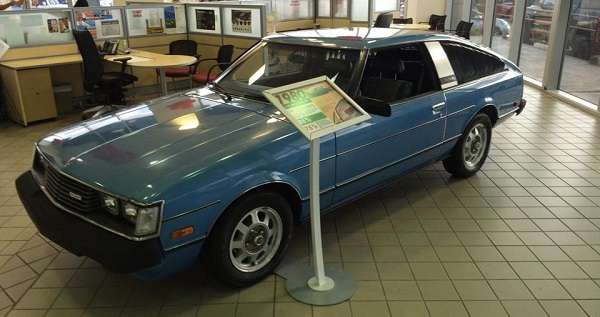 The new 2015 Lexus RC 350 and RC F should be no surprise to any true fan of the Toyota and Lexus brands. Toyota has been building cars like this since the 1960s.
Advertisement

The Lexus RC 350 and RC F are about to launch in the US. Lexus is currently hosting automotive media at events around the country so that reporters can have first-drives and put out the word on this new coupe. Although Lexus has not had a fixed-roof coupe since the long-departed SC, it has had a coupe in the form of the IS 350C since late 2009 as a 2010 model year car. I own one. As we head to our own media event next week, Torque News thought it might be worth looking back to see where the RC came from.

You didn't think were going to leave you hanging without photos of the RC did you? Here they are!

1967 Toyota 200GT
The year I was born Toyota sold a sport coupe called the 2000GT (photo above). That rear-drive coupe had a double-overhead-cam, 6-cylinder engine (in-line), had 4-wheel disc brakes, all of which were unusual at the time. Truthfully though, not many Americans knew of, or ever owned a Toyota 2000 GT sports coupe.

1970-1985 Toyota Celica
Many Americans did indeed know about the next important Toyota sports coupe. The rear-drive Celica was a volume car for Toyota and spanned many generations. The main story photo is a 1980 model that one of our readers, Briton Jones, photographed at a Toyota dealership this past month. The Celica was a 4-cylinder car, but Toyota went back to the in-line 6-cylinder when the Celica Supra was introduced. I owned a 1979 Celica Supra and can tell you that for its time it was one of the most under-rated GTs for sale in America at that time.

Toyota Corolla AE86
The Corolla AE86 was a rear-drive car that was so legendary it actually inspired one of Toyota’s top engineers to join Toyota. The car was an affordable 4-cylinder car, but it was fun to drive and could be tuned, and modified to be a very quick car.

Toyota Supra
There cannot be a discussion of the new Lexus RC 350 and RCF without first giving homage to the Toyota Supra. As we discussed, it started from humble roots as a modified Celica in the late ‘70s. However, it ended up in the late 1990s as a twin-turbo, in-line 6-cylinder car with over 300 horsepower. Its dimensions were very similar to the new RC. Frankly, the last year Supra would likely blow the doors off the 2015 RC 350 F Sport in any race. That was one reason for its downfall. Toyota realized the cars it was making were moving away from road-going mass-market cars and heading towards track cars with near-supercar capabilities. It did not want to follow that path.

Toyota FR-S (FT86)
Having lost its mojo when the Supra went out of production, Toyota tried to revive the rear-drive coupe with its small FR-S. The car is fun, but not fast. The engine is not special for the times and the cockpit so cramped not many consider it a real GT. It is a low-powered sports car with amazing handling. That is not an insult, just a clarification, that the RC coupe is really a GT, not a sports coupe.

Lexus IS 350C
The Lexus IS 350 C which went on sale as a 2010 model in 2009 survives and has been confirmed for 2015. This is a rear-drive, V6 car with performance to spare. It is a GT car and its hard-top roof folds and stows making it a convertible-coupe. There is no B-pillar, which gives the car a unique, and some would say attractive profile. Here is where the baton is passed to RC. The new RC shares its floor pan and its engine with the IS 350C.

The new Lexus RC 350 and RC F will carry forward a tradition by Toyota and Lexus that has carried us through 5 decades of fantastic GT coupes. Our first-drive reports covering the cars’ performance on road and on track will be published next week.