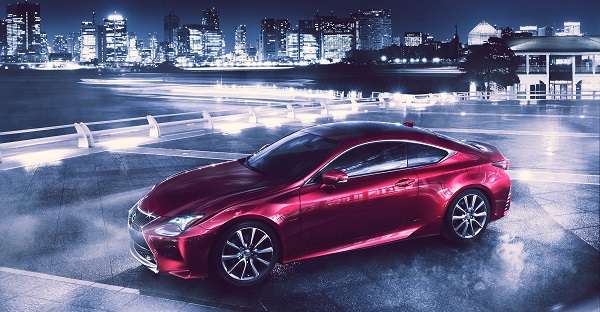 Despite the obvious assumption that the RC is simply a 2-door version of the hot IS sedan line, the facts say otherwise.
Advertisement

The coming RC 350 and RC F are not 2-door IS sedans. An objective look at the two vehicles reveals that the RC is its own independent vehicle line. There already is an IS coupe based on the second-generation platform and it has been confirmed for 2015 production. The RC coupe and the IS coupe will overlap, and they are different vehicles.

Lexus Top Engineer Says IS and RC Different
Lexus’ Chief Engineer for both the IS and RC lines, Junichi Furuyama, spelled it out clearly in an interview published by Lexus Enthusiast magazine. Furuyama says of the two lines “…in terms of positioning the model, we didn’t want the RC to simply be the coupe version of the IS. We wanted to bring in something entirely new. (RC) is not an extension of the IS, but its very own model.”

IS Coupe Already A Success
This could simply be the company posturing to make the brand seem bigger than it really is. However, let’s examine a few technical details. First off, there is already an IS coupe. It is called the IS 250C and IS 350C. These are real cars and make up roughly 5% of the sales volume for the IS line. There is one in my garage right now. They are also convertibles, but not low-quality cloth tops. They have aluminum roofs (and hoods and trunks). They share no body panels with the IS sedan. With regard to the RC coupe versus the current IS sedans, the RC has a 2.8 inch shorter wheelbase. RC will also use a different, thicker, cross-section rocker panel. The RC is also much more rigid than the IS according to Lexus, which indicates that the platforms are reinforced differently. Therefore, the platform may be similar to the IS, but it is not “the same.” The RC and the IS share no body panels. The RC also does not use the same front suspension as the IS. According to our contacts at Lexus, the RC uses a very similar front suspension setup to the GS sedan.

IS 250 and IS 350 Beating BMW
The biggest success Lexus has had in recent years is the new IS 250 and IS 350 sedans introduced in 2014. The third generation IS is finally beating the pants off BMW in comparison tests and sales have gone through the roof. The IS sedan line is now Lexus’ third most popular, and its most popular car with a rear-drive platform. Remember, Acura, Audi, and Buick do not even have a rear-drive sedan. Were the RC simply a 2-door IS it would certainly be nothing to be ashamed of.

Related Stories:
Lexus will keep building the IS 250C and IS 350C convertibles into 2015
Surprising details about the 2014 Lexus RC 350 sports coupe