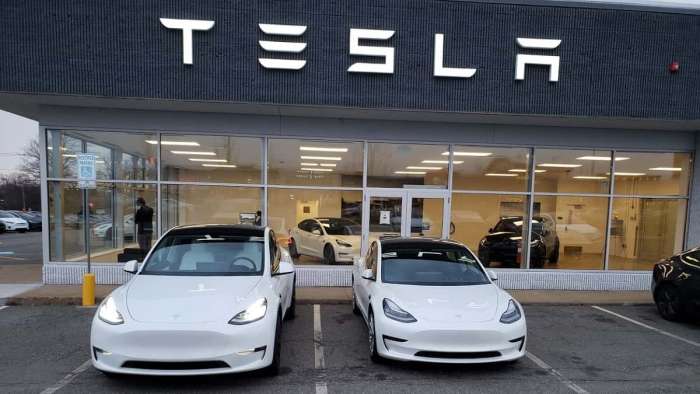 Tesla’s first-quarter sales are essentially identical to its deliveries from last quarter meaning Tesla’s delivery rate is essentially unchanged for six months. The bad news is that deliveries of Tesla’s most profitable Model S and Model X have gone to near nil.
Advertisement

Tesla’s deliveries in Q1 for 2021 were nearly identical to Q4 2020. Despite the constant daily news (reported here and elsewhere) about Gigafactory progress, the data show that Tesla’s deliveries have remained almost unchanged over the past six months. Given the global vehicle market’s upheaval over this period, Tesla’s delivery rate may be cause for celebration, not concern.

According to Tesla’s financial data, the company delivered 180,570 vehicles globally in Q4 2020. This past quarter, Tesla reports delivering 184,800 vehicles globally. That translates to just a 2.2% percent difference. To be sure we are not giving the wrong impression, let us re-state that these are not yearly totals, nor year over year comparisons. These are the last two quarters of Tesla’s global deliveries compared to one another.

Model X and Model S Tesla Deliveries Drop To Nearly Zero
Tesla’s most profitable models are thought to be its two largest and oldest vehicle designs, the Model S sedan and the Model X minivan/crossover. Tesla ceased production of these two models in late Q4 of last year because the company was incapable of keeping the high-profit X and S models in production while it also focuses on pumping out the newer Model Y and Model 3, and also execute its update to the X and S. Slowing the production of a model while it transitions to a new generation or even stopping for a few weeks is not that unusual in the auto industry. Ceasing production altogether for a full quarter (or more) is.

The Good News About X and S
The Model X and Model S are being updated and refreshed by Tesla. Performance will again become more magical, and the Spartan interior designs and driver-assist systems will again move the bar forward. Is Tesla bringing coal to Newcastle here? How much faster do large sedans and minivan/crossovers need to be to earn sales? We shall soon see if the updates add to sales and deliveries. Novel features of the coming models will reportedly include a yoke-style steering system and the removal of the Drive/Park/Reverse lever in lieu of intuitive self-shifting by the vehicle’s A.I. and/or occupant shifting through Tesla’s tablet control screen.

Tesla Deliveries Compared to Peers
Although most manufacturers are reporting record-breaking delivery rates this month and last, these headlines are not comparisons of Q1 2021 to Q4 2020. GM, for example, delivered 771,323 vehicles in the fourth quarter of 2020 vs. 642,250 vehicles in the U.S. in the first quarter of 2021. Ford delivered 542,749 vehicles in the US in Q4 2002 vs. 521,334 in Q1 of 2021. Note that the GM and Ford numbers are not global sales as we are discussing for Tesla, but just US market deliveries. Still, it is clear that by comparison to the legacy large-scale manufacturers that Tesla’s flat rate of delivery rate over the past half-year may be the envy of many other companies.

Deliveries And Investor Response
Investors don’t seem to mind that Tesla’s deliveries have stalled over the past half-year. The value of Tesla’s stock has increased by about 60% over this period. Clearly, Tesla’s stock valuation is not about today, but rather about what is to come.

Tesla Deliveries Ahead
Tesla has large capacity factories underway on two continents. Both markets are much more receptive to EVs than the US market is. We are also believers that Tesla has a more robust plan to build its target volume of EVs than any other manufacturer does. Our prediction is that at some point in the future Tesla will (again) increase its delivery rate dramatically. When will that be? Tell us your best guess in the comments below.

DeanMcManis wrote on May 9, 2021 - 4:54am Permalink
Maybe it was revealed after you wrote this article, but Elon explained the delays in the refreshed Model S and X, due to parts supply issues (as many other automakers have been experiencing). The delays are unfortunate, but Tesla will get these refreshed EVs built this year. If I had one on order I would be disappointed by the delay, but still very excited about the improvements of these refreshed models. And very eager to get mine, despite the extra wait.