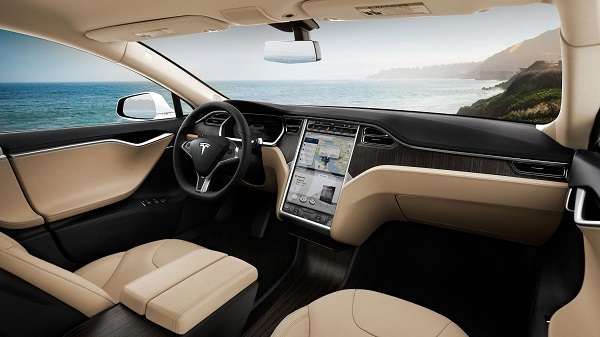 ATT will now be Tesla’s exclusive provider of in-vehicle connectivity for the current Model S and for future models for years to come.
Advertisement

Tesla Motors makes the most of in-vehicle connectivity. Not only does the driver has access to the internet for purposes of information and entertainment, but Tesla makes changes to the cars owners already have using the system – whether they like it or not. On January 7th, 2014 ATT announced a new agreement to be Tesla’s exclusive connectivity and telematics partner.

ATT was founded by Alexander Graham Bell and the current name is derived from the original name, The American Telephone and Telegraph Company. Interesting to many Tesla owners and fans might be the fact that the company’s namesake scientist, Nikola Tesla, was about 29 years old when ATT was first incorporated in New York. Tesla the man also worked in Europe for the Central Telephone Company before moving on to other companies prior to coming to America and having his famous meeting with Edison.

The new agreement between ATT and Tesla Motors was commented on by Elon Musk who said "Tesla's goal has always been to catalyze the market for electric vehicles for all consumers while providing an exceptional driving experience. AT&T's advanced and reliable wireless connectivity will help Tesla continue to deliver a cutting-edge ownership experience." Here Musk hits on both the driver’s benefits of the wireless connectivity as well as the fact that updates sent directly to the car can improve the ownership experience by not requiring a trip to a service facility. ATT Mobility’s president and CEO, Ralph de la Vega, said of the partnership, "It's an honor to work with a company as innovative as Tesla on delivering a connected experience inside automobiles for both drivers and passengers.”

One recent example of the use of the Tesla Motors telematics system was an update that adjusted the highway ride height of all the Model S cars that had the adjustable suspension feature. Customers paid extra for this benefit when they bought their cars. Basically, the car would lower itself on the highway to improve both handling and energy efficiency by reducing drag. However, after two incidents where Model S cars hit metal objects on the roadway and suffered significant damage, Tesla Motors decided to change the car’s design remotely. Owners were given no choice in the matter. Now, the cars do not automatically lower as they previously did while on the highway.

Most remote updates are not at all controversial or related to negative events like that. There have been many other changes and software and firmware updates and when they happen they are a frequent topic of conversation by owners on forums and Facebook clubs who try to share their real-life experiences with others to figure out exactly what changes were made. For example, one change made recently modified how rapidly the Model S draws power while connected to a charger which has an electrical source that is not constant in terms of its ability to provide current.

Aaron Turpen wrote on January 8, 2014 - 1:07pm Permalink
Well, Tesla just became second-class. Even Apple eventually realized what a pile of crap AT&T is and walked away.