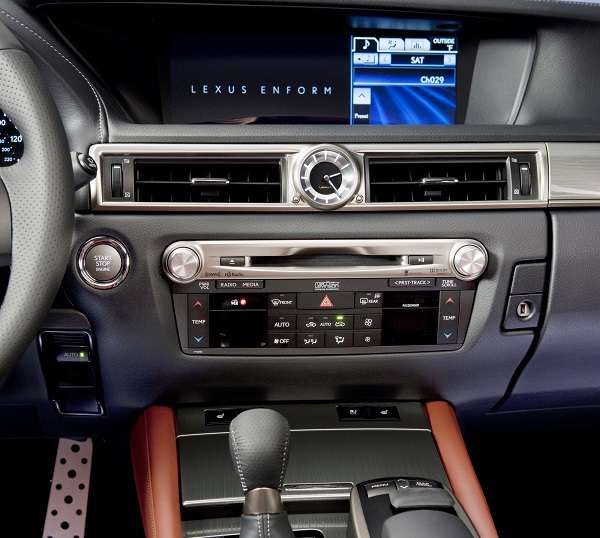 Of course Lexus and Toyota do all the easy things right. However, it is something new that they can do that most of the other brands still struggle to get right.
Advertisement

Another quality study by Consumer Reports and another win by Lexus and Toyota in the number one and two spots, yawn, so what else is new? What’s new is that the reason that Lexus and Toyota are continuing to earn the top spot has a lot more to do with your phone than just the mechanical reliability of things like engines and transmissions. It turns out that that the real secret to Lexus and Toyota’s success is that their audio, information, and navigation systems actually work and are usable by the customers they serve. Some of their direct competitors are diving in the quality rankings because they just can’t make these things work.

Infiniti Takes a Dive
There was a time when Lexus envied the sales of Infiniti’s top seller, the G37, now renamed the Q50. That ended when Lexus’s new IS series hit the market and passed its long-standing rival in sales. On Consumer Reports’ (CR) new Initial Quality Survey, CR singled out Infiniti saying “The worst first-year infotainment offender in this year’s survey was the Intouch system in the new Infiniti Q50 sedan. More than one in five owners reported a problem with it.” The Q50 was supposed to be a step forward in technology that would leave Lexus and other brands behind. Instead, its infotainment system helped contribute to a 14-point drop, the worst drop on the list, placing Infiniti in the number 20 spot on the list of brands ranked.

Lexus Infotainment – It Just Works
Although Lexus has mixed feedback on its Remote Touch system, which controls the screen with a sort of mouse, it does work. It is simple to understand, and learning how to use it does not require intensive counseling by equally baffled “product experts.” When Cadillac introduced its new Cue infotainment platform, it created a 5-level support team to help customers in case of a Cue-tastrophy.
Please see: Will new CUE system in the 2013 Cadillac XTS please or frustrate?

In this month’s MotorTrend magazine Scott Evans, who is doing a very long evaluation of all the Lexus IS models, said of the Remote Touch “It’s unique among infotainment systems in that it does not use a touchscreen or rotary knob controller like the rest.*” I’m not leading up to a love-letter on the Lexus Remote Touch. Evans spends the next three paragraphs, and almost all of his report, complaining about the Lexus system. Despite all his griping (which I mostly concur with), he was able to use it, and it never failed to work as designed. Can you imagine how the Infiniti system must confuse some?

Odd Behavior
One of my recent test vehicles was a crossover that competes head to head with Toyota’s RAV4. The RAV4 uses a very basic touch screen, and in my testing worked fine. My test vehicle, which will go un-named, seemed much more whiz-bang. It could do so much! However on day two of my test, with only 600 miles on the odometer, it suddenly went to full volume when my son pushed the down button on his window. Many chuckles ensued as he repeated the trick. Then the system froze completely, and we had no more Nav, which we were using to find our destination. Not fun. The system would unfreeze and then re-freeze after we started the engine each time. This particular vehicle is being showered with praise by the automotive media as I type this.

All automakers have come a long, long way from the bad old days when camshafts would round off their lobes and water pumps would leave engines overheated. Those are the two exact reasons my entire extended family moved away form an American car brand back in the late 1970s and have only bought Toyota, Lexus, Mazda, Honda, and Subarus since. Those are, by the way, the top 5 brands on the Consumer Reports ranking. Is it a coincidence? I don’t think so.

Robert wrote on October 28, 2014 - 8:01pm Permalink
These automakers need to spend less time focusing on infotainment and more time working with Google and Apple. I'll make a safe bet and say what most consumers want is an infotainment system that behaves more like their phones or interacts better with their phones. I know this means sides will have to be taken, and I'm nauseated at the idea of my manufacturers of choice choosing apple, but something has to be done so you aren't learning new infotainment systems just because you switch makes.
John Goreham wrote on October 29, 2014 - 9:23am Permalink
I agree 100%. Honda has a system that allows a user to use whichever phone they prefer and the information from the user's apps (Nav, Pandora, whatever) are simply shown to the driver on a screen that accepts the info. However, controlling these apps is a challenge. Using the phone is not a perfect solution of course, so some integration by the automakers is still required. And that integration has to actually work. I think in 10 years we will look back and laugh like we do when we see a cassette player now.
Brenda wrote on October 29, 2014 - 2:51pm Permalink
Absolutely no surprise. Toyotas routinely offer 10 years of decent transportation. The REAL test drive of a car is when it is about 3 years old--test drive a 3 year old Hyundai or other non-Japanese make against a Toyota of the same age. No brainer...Toyota wins. Just changed my water pump after 11 years and even at that, it had just started to leak a few drops. The stereo still works impeccably. Toyotas hold their value and are among the best cars in the world. The Corolla, IN FACT, is the #1 selling car in the world. Not surprising. In the time I've owned four Toyotas, I know people who have owned 14 vehicles. Toyota is simply superb!