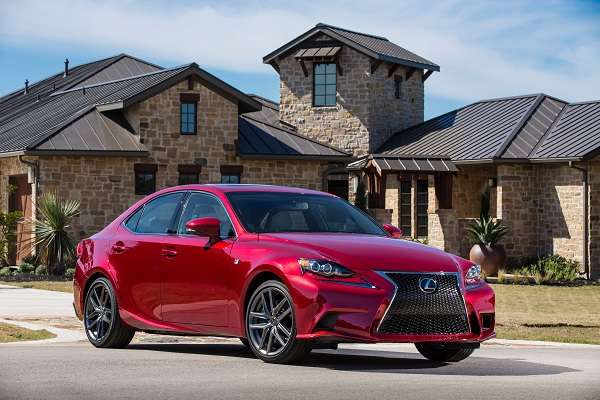 Consumer Reports clarifies that it isn't Japanese brands that are reliable - it is Lexus/Toyota/Acura that are year after year. Let's take a moment to call out the losers bracket.
Advertisement

In the latest Consumer Reports Reliability Study something is starting to become clear. It isn’t really all Japanese brands that are high in quality. Rather, it is Lexus/Toyota followed closely by Acura/Honda. Within each of the automakers there are some hidden gems, but when it comes to overall brand quality, it is Toyota and its Lexus division that dominate year in and year out. Honda and Its Acura brand are also consistently solid.

Having written this story many times now over the years it is easy to try to do what the other publications do, which is pretty much ignore that Toyota and Lexus are always at the top, and then look for a story to write about how great some of the other brands that move around inside the losers bracket are doing. We could do that, but there will be terabytes of content that will take that approach. Let’s instead bash the losers (it is much more fun).

The German brands are among the most expensive in the US marketplace regardless of what market niche one selects, and they are not even close in quality to the Lexus and Acura brand. Many writers are touting how great Volvo is doing. Let’s keep it real, they are seventh. That means there are 6 brands that a buyer could consider that would be more reliable than this Chinese car pretending to be Swedish. Volvo’s reliability is also volatile, meaning it jumps around the quality index year in and year out. So some might be good, but it’s like saying there is one good tasting beer in every six pack. Is that the brand you want? And MINI (must remember to use all caps) is LAST. Aren’t MINIs supposed to be good because they are insanely expensive by the pound, like a fine filet? Guess not.

And what is wrong with the “American” brands? Ford, Lincoln, Chevy, Buick, cannot even break into the top 10! Where the heck is Cadillac? A fancy car in the shop is not a luxury car. It is a hassle. Lincoln is presently pounding the airwaves (and cable-waves or whatever) with a commercial that shows a young couple trying to decide between a Lexus and a Lincoln. Lincoln touts the size of its moon-roof as a reason to buy it. The commercial shows a sign above the Lexus that says “I’m shiny.” The sign breaks and falls apart. Much like the actual Lincoln will apparently do given the fact that it is not even in the top 10 in terms of quality. We have to say that same commercial shows a young woman say “I want adaptive front suspension.” At the risk of being sexist, can we safely assume that the chances of a young woman coming up with that exact combination of pronoun, verb, adjectives, and noun approaches zero?

Let’s also thank Consumer Reports for pointing out in its used car rankings that the 2003 Honda Accord V6 had a transmission problem that was catastrophic. The author knows. His was one of those that failed at less than 60,000 miles, and no, it was not covered under warranty. Reminders of bad problems that went unresolved by the automakers is a service that Consumer Reports provides to the buying community.
For more details on the Consumer Reports Reliability Study please see it directly. Make your own observations, jokes, and snarky comments and feel free to share them below.

Rob wrote on January 30, 2015 - 2:52am Permalink
Consumer Reports has been biased in favor of Japanese cars for years. The problem with their ratings (and Consumer Reports is a poor choice for car information or ratings) is that you have no idea of the respective sample sizes. All CR does is send out a survey to its subscribers and hope that they answer honestly - and that they answer. Think about it. Lincoln sells about 85,000 cars a year, Toyota around 2 million (and Lexus about 250,000). CR has about 7 million subscribers. Typically about 40% of surveys are returned, meaning about 2.8 million people responded. If statistics hold, a larger number of people own Lexus' or Toyotas, and since the magazine has been Japanese-biased for the better part of two decades, I'd be willing to bet that there were considerably more surveys returned from Toyota/Honda than Lincoln/Cadillac, which means that the sample size for Lincoln was extremely small and probably not large enough to really be indicative of brand quality. Until CR actually releases how many cars were in each sample, CRs surveys will be worthless.
Raphael wrote on February 4, 2015 - 11:12am Permalink
I own a 2004 Lincoln Town Car, a 2010 Acura TL and a 2006 Honda Ridgeline. All of them have been exceptionally good, never had ant problems at all. I am surprised to read in this article that Lexus and Toyota are the most reliable Japanese cars. I find it unrealistic since evryone knows of all the problems thay had in the past. ie. An increasing number of Toyotas are experiencing excessive oil consumption which may be the result of defective piston rings; Toyota: We Lied About Acceleration Glitches, Twice. Anyway you get the idea. I can go on and on about Toyota's lack of sincerity with their loyal customers. At least honda makes recalls quickly when it comes to safety unlike Toyota. Toyota waits until people die before taking action. Honda is without a doubt the most reliable and most sincere automobile factory in the world. Period.
Brian wrote on August 23, 2015 - 9:51pm Permalink
Great review. I just bought a Cadillac SRX. You are making me sweat. ;)
John Goreham wrote on August 24, 2015 - 2:08pm Permalink
Don't! Since that story I wrote in 2013 GM has been rising fast on all the reliability studies.
sandra smart wrote on October 20, 2015 - 12:00pm Permalink
I am just now trading my 2002 chevy avalanche in for a Cadillac Escalade. Never had a troubles with the avalanche ever. Regular maintenance of oil changes is a must.
Tom carson wrote on September 11, 2019 - 10:56pm Permalink
When I think in terms of dependable cars I think in terms of a car that will last past 10 years and possibly 20. and the other thing that means a lot to me about a car is how easy it is for the owner to maintain it without going to the dealer or mechanic

LG's New EV Battery Plant Is a Welcome News for Tesla
Tesla Giga Berlin's New Hurdle: It's Not Only the Gov't, but Now Tesla Itself
END_OF_DOCUMENT_TOKEN_TO_BE_REPLACED