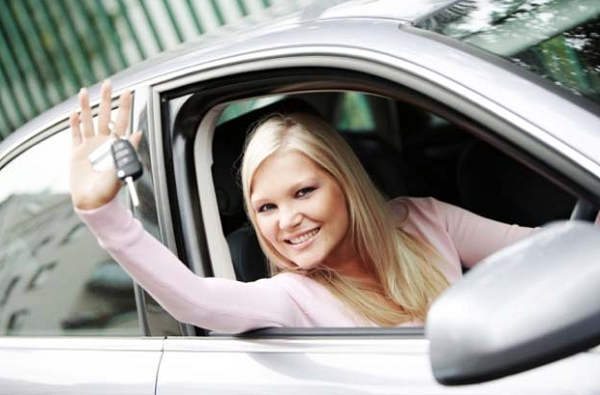 Still using that old iPhone 4 and ready to upgrade? Why not get a new car while you’re out?
Advertisement

A new study by Swapalease concludes that many people would like to swap out their ride as often as they would like to get a new phone. That is to say, they would change about once every year if they could. America is the world leader in phone swapping. We keep them only 21.7 months on average. Would you like to switch to a new car that often?

Scot Hall, Executive Vice President of Swapalease.com commented on the study saying, “Whether it’s your car or your phone, we all live in this new mobile mentality. And it doesn’t stop there, because consumers have become accustomed to change in many areas of their lives, including their residence, wardrobe, career path and even the people we decide to spend our lives with – for now.” Mr. Hall makes his living helping people move in and out of lease agreements. We reached out to Mr. Hall and asked him if there are actually people doing this now, moving in and out of leases frequently. His reply was that there are indeed such customers. He told us "Many customers have come to love the freedom and flexibility that comes with lease transfer simply because it means you can drive a different car often. We have tracked a high success rate of return customer because of this, and there have even been people who have successfully transferred more than ten vehicles. Once you see the possibilities of having a different car every year, it's difficult to go back to driving the same car for seven years."

People that lease love the end. It is the simplest and cleanest way to get out of a car. No trade in to negotiate, no advertisements to post. Just toss the keys back to the dealer and pick out your next car. Swapping leases is just what it sounds like. It brings together people who want to move up that magic moment and those that are happy to assume a lease on a barely used car at a discounted price. The company has been doing this for 15 years.

In its most recent survey Swapalease asked respondents “Assuming cost was not an issue, would you like to change your car as often as your mobile phone?” The answer from most men and women alike, about 60 percent of them, was “Yes.” However the surprise was that about 12 percent of people answered “Even more frequently.”

With affordable electric vehicles having the worst depreciation of any car type according to NADA, it would seem that leases are going to become more and more popular. Most EV makes let customers roll in federal and state government subsidies to leases to make the monthly payment ridiculously low. We might be wrong, but EV owners are early adopters in many cases and might just be the type of person who wants the newest mobile device to interface with their personal mobility device (car). This could mean that swapping leases might be in for a new growth market soon.

Related Stories:
The least expensive way to get into a Corvette you never thought of
Car leases average less than 16 months now
Parents favor one-year leases for high school seniors