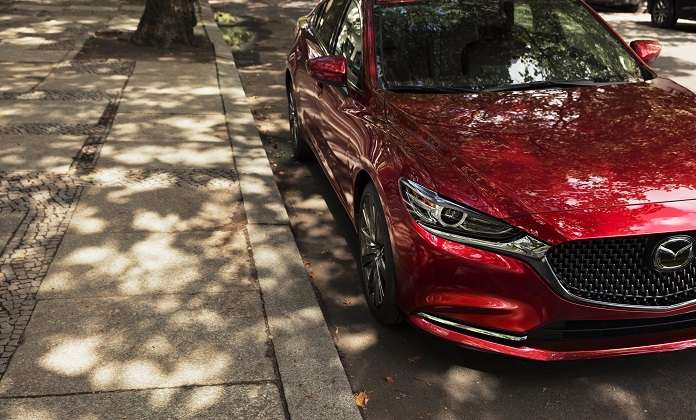 Take that Toyota and Honda! U.S. News picks Mazda over the big guys for cars. Here is why and how Mazda made the cut.
Advertisement

U.S. News & World Report has released its Best Brands ratings for 2018 and Mazda has taken the top spot for cars. U.S. News highlighted the excellence of the Mazda6, Mazda3 and Miata in its reasoning for the decision to pick Mazda over brands like Honda and Toyota that outsell Mazda.

Torque News reached out to Jamie Page Deaton, Managing Editor, U.S. News Autos and North American Car and Truck of the Year juror, and asked her why she and her team felt Mazda deserved the win. Page Deaton told us, "Two things set Mazda cars apart from the competition: performance and interior quality.

While most consumers know that Mazdas provide some of the best performance among mainstream car brands, they might be surprised to learn that their interiors are high-end, with elegant designs and upscale materials that are much nicer than what you'd expect based on price alone."

We agree with Page Deaton's assessment and have often compared the Mazda styling and fit and finish in its cars to that of luxury brand Audi, who uses a similar infotainment interface.

Mazda has been continuously improving its interiors over the past decade. Mazda now has fixed the Miata's single biggest problem by addressing an interior issue, and Mazda has just announced new changes to the Mazda6 sedan to make it more plush.

U.S. News awarded the best luxury brand to Porsche, the best SUV brand to Honda, and best truck brand to Ford. These are hard choices to argue against given the Honda CR-V's excellence and the domination of the Ford F-150. Porsche's recent rise to the top of the quality ratings also helps its award seem appropriate.

Let us know in the comments section below if Mazda deserves this title. What do you think about Mazda getting ahead of Toyota and Honda? If you liked this article and think it may help your friends, consider sharing or tweeting it to your followers.

Gopal wrote on November 29, 2017 - 1:03am Permalink
I have a Mazda 3 and I like it. The Achilles Heel of the car is that it isn’t quick from a full stop. If you can get over that, it’s a great mix of fun-to-drive (once you’re already rolling) and practicality. The ergonomics are well thought out for controls and displays, and the interior is nice, although it’s quite clear that some cars have nicer interiors with better materials. In fact it seems like most cars in the compact segment have similar packages of performance and comfort. This wasn’t so just a few years ago. The Honda Civic, VW Golf, Hyundai Elantra and Ford Focus, among others, all seem to offer similar value, if not more. Where Mazda seems to have gotten things right is by paring down its model lineup so that all their cars seemingly have this level of value.
Jeff Morris wrote on December 8, 2017 - 7:44am Permalink
In my opinion Mazda is one of the best kept secrets in the automotive world. My wife and I have owned an RX-7 years ago and today we own a Miata MX-5. Both cars have run like watches. Minimal service above and beyond routine maintenance. I have checked out most of the line and I am astounded that Mazda competes so well with far larger manufacturers that have far deeper pockets. Besides reliability which Mazda seems to have hands down is that fun to drive aspect that follows every model. Mazda’s just plain perform and handle great. Drive a Mazda 6 or one of their SUV’s and you will know there is a little bit of Miata performance in the every model. The most amazing thing is their Fuel economy. Mazda has been at the top of the Cafe list for many years. Their Skyactive engines squeeze a lot of performance out of every gallon of gas. Congrats for the win by Mazda. Highly recommended.