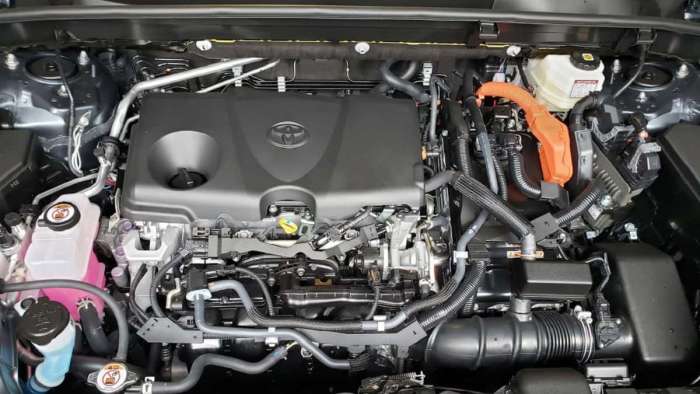 Toyota has built its reputation on quality, durability, and reliability. The “Ask someone who owns one” campaign was created specifically because Toyota knew that its owners were getting much better than average reliability compared to other brands. When it comes to modern Toyota’s the trend is to move to all-hybrid drivetrains. The Venza and Sienna are just the latest of Toyota’s vehicles to be offered only as a hybrid (following the success of the Prius). The popularity of the Prius, RAV4 Hybrid, RAV4 Prime, and Highlander Hybrid are enhanced due to the reliability of the vehicles. That reliability is in no small part due to what Toyota got rid of.

Here is a quick glance at a few items that you won’t find in a Toyota hybrid vehicle. You know the list well. There are things in your previous vehicles that lightened your wallet. Our examples are based on the latest RAV4 Hybrid and RAV4 Prime models. Tell us if you think you will miss repairing ay of these pain in the neck items.

Toyota Hybrid Transmissions – No Gears, No CVT Belts
Toyota hybrids don’t rely on conventional geared transmissions or even the troublesome belt-driven CVTs in many new vehicles. Rather, Toyota has its own unique way of transferring the engine and motors’ power to the wheels. No fluid changes are required in normal use. That saves you hundreds over the life of the vehicle.

Toyota Hybrids – No Starter
Toyota hybrids don’t use conventional starter motors. Instead, the engine is started by Toyota’s motor-generator. This item has proven extremely reliable in use over many years of service. Toyota includes this item in its powertrain warranty. Most automakers exclude the starter from theirs. For a reason.

Toyota Hybrids – No Alternator
Toyota hybrids don’t use alternators. The alternator in my own Subaru Forester quit this past month after just 29,000 miles. The dealer wanted $960 (not including tax) to replace it. Alternators are notorious failure items in many brands. Toyota hybrids use DC to DC converters instead, just like many electric vehicles. No moving parts make them much more durable.

Toyota Hybrids – No Timing Belt
The timing belt service on a typical engine can cost between $500 and $1,000. Toyota hybrids use more durable timing chains with no required service.

Toyota Hybrids – No Accessory Belt
Since the water pump is electric in a Toyota hybrid, there is no need to have an accessory belt. How many belts have you paid to change after they start to slip?

Toyota Hybrids – No Conventional AC
Toyota uses a heat pump in its modern hybrids. A heat pump that does not need any accessory belt to run it.

Toyota Hybrids – No Turbochargers
We love turbochargers in some vehicles, but Toyota stays away from them as a rule. The biggest upside to a turbocharger is increased torque at low RPMs. Toyota Hybrids don’t need troublesome turbos because the electric motors provide outstanding torque at zero RPMs. Say goodbye to turbo lag and turbo replacements.

Toyota Hybrids – No Power Steering Pump
Like most modern vehicles you won’t find a hydraulic power steering pump in a Toyota hybrid. Rather, the vehicle has an electric power steering system.

Internal combustion engines can be a hassle to maintain and expensive to repair. Toyota’s hybrid drive genius is to simply get rid of the parts that break. Tell us in the comments below if you have ever had one of the items Toyota has now deleted cause you trouble in the past.