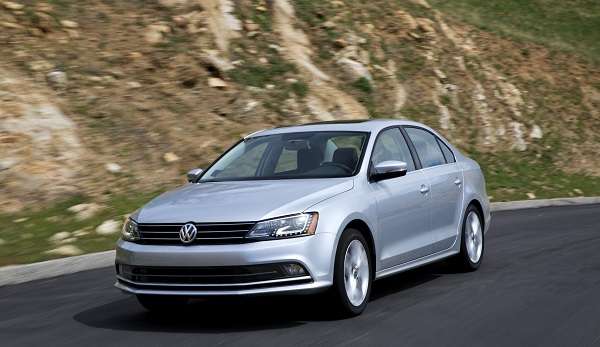 In the US market VW and Mazda now have the same rate of sales selling the same sized and priced vehicles. One automaker uses turbos on every model, and one uses none. One has very few models and one many.
Advertisement

Mazda just had its best month ever and simultaneously Volkswagen again lost significant ground in the US auto market. Although both manufacturers compete in exactly the same vehicle segments, and at nearly identical price points, there is one major difference. In the US market Mazda does not currently offer a turbo in any of its models. Volkswagen offers turbos in every one of its models and announced last year it would move to only turbocharged engines. Are the pricey engines and the expensive fuels they use a clue to this disparity in success, or has VW simply lost its focus on key vehicle segments?

Mazda and Volkswagen Models Match Up Closely
Mazda and VW are very similar in their product offerings, yet Mazda is on a tear and VW seems destined to go the way of Saab. In the US, VW markets its turbo diesel engines quite heavily. They are supposed to be vastly more powerful and much more fuel efficient than gasoline engines. Maybe compared to VW’s base model gasoline engines they are. The problem is they aren’t when compared to competitors’ gas engine offerings.

Is a Focus On Diesel and Premium Fuel Hurting VW?
Take the 2015 VW Jetta. Its turbo diesel engine returns 36 MPG combined. Impressive. However, the Mazda3 can achieve 34 MPG in the smaller of its two gasoline engines and 33 in its larger. A win by VW at first glance, but consider that the fuel for the VW costs about 20% more than the regular unleaded the Mazda3 uses, and in terms of fuel economy, the VW is now behind. According to Fueleconomy.gov, the Mazda will use $1,550 worth of fuel per year and the Jetta $1,600. The gasoline-powered Mazda also emits about 10% less CO2 per mile than the diesel Jetta. One would think that the Jetta diesel would be quicker to 60 MPH, what with all its torque, but it isn’t faster. The Mazda3 and VW diesel both run to 60 MPH in about 7.5 seconds, plus or minus a few tenths.

Why Did Mazda Move Away From Turbos?
Volkswagen does offer a more powerful turbocharged gasoline engine than the Mazda line does in a few of its top model trims. However, The sport VW gasoline engine is not very fuel efficient, returning just 26 MPG combined in the Jetta. Mazda used to have a turbocharged gasoline engine that could match, and beat, the power and speed of the VW gasoline turbos, but only about 5% of customers wanted that option, so Mazda stopped making those trims, much to the horror of its Zoom-Zoom fans.

The Passat vs Mazda6 mid-size comparison is very similar. So is the comparison of the VW Tiguan and the Mazda CX-5 crossovers. In the larger CX-7 and VW Touareg class the matchup is not as clean, but with only 581 Touaregs sold in July, does it really matter if the model fits our scenario?

Sales Numbers and Trends Favor Mazda
Year to date VW is down 14% and Mazda up about 9%. If it is not the more expensive and more thirsty turbocharged engines VW is offering that account for this, could it simply be that the three main models the Mazda brand sells are better than the three that the VW brand sells? Maybe not, since the US sales of the VW Jetta and Passat both beat the Mazda3 and Mazda6. Mazda’s CX-5 compact crossover does beat the VW Tiguan in sales, but the Mazda CX-5 is by no means a segment leader in sales. It sells at less than half the rate that the segment leaders do.

Shouldn't VW's US Manufacturing Help?
VW should have the edge when it comes to pricing. It assembles most of its vehicles in the US and therefore should have the advantage in labor costs and transportation costs. VW has also been in the US market far longer than Mazda and is a global powerhouse. Mazda makes its US models mostly outside the US, and is a pipsqueak globally compared to the VW group which also includes Porsche, Audi, and many other brands.

If Not Engines, Or A Lack Of Focus, What Then?
Mazda was up 17% in July and sold 29,238 vehicles. Volkswagen was down by 15% in July and sold 30,553 vehicles. How long until the headline is “Mazda passes VW in US sales?” One month? Two? The different design paths that these two automakers have chosen in the US are exemplified by their engine choices. VW also seems to spend a lot of time trying to sell very few specialty cars like the Eos, GTI, and Beatle Convertible. All fine cars, but all sell in very low numbers. We’d like to hear from readers why they think VW is losing US sales this year while the industry in general is growing, and why Mazda seems to be beating the growth rate of the industry without a single turbo in its lineup.