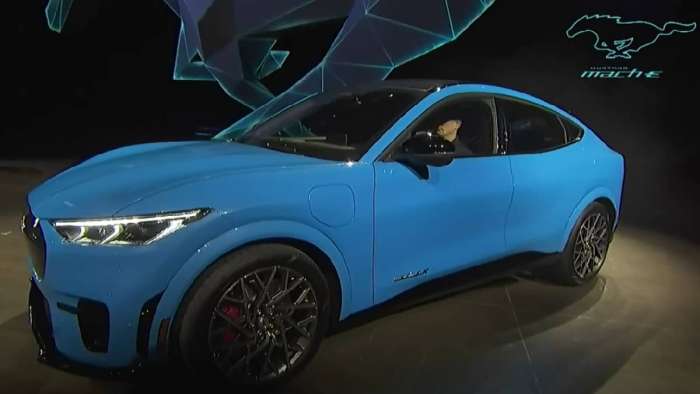 Ford's new Mach-E is officially shown off in detail along with a ride-along video.
Advertisement 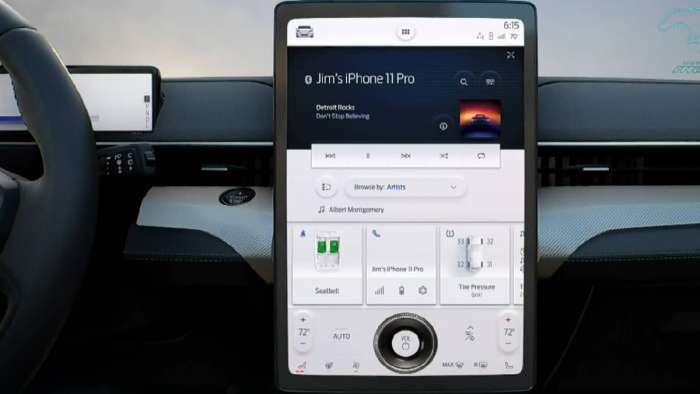 Ford's new Mach-E electric crossover has many features that Tesla owners will find familiar. For example, a tablet-based infotainment and cabin control system. Another Tesla-popularized feature will be over the air updates. Ford's reveal was almost painful to watch for those familiar with Elon Musk's on-stage presence. 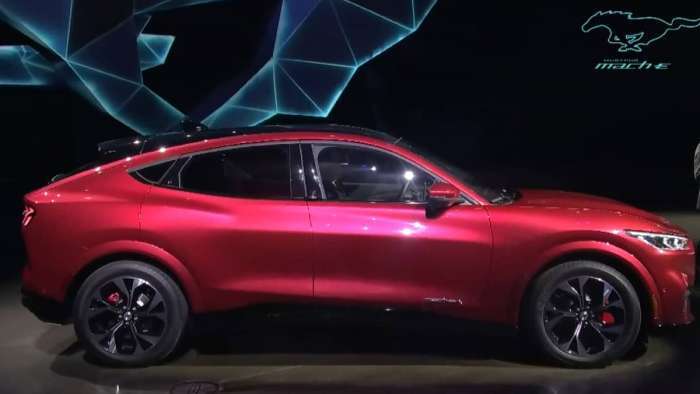 The look and size of the Mach-E mimic the not-yet-launched Tesla Model Y crossover, which is based on the successful (understatement) Model 3 sedan. 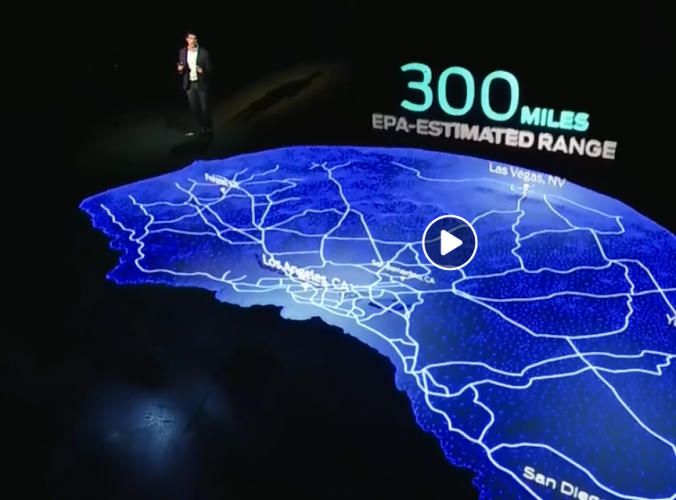 Ford says the Mach-E will have a 300-mile EPA-estimated range. 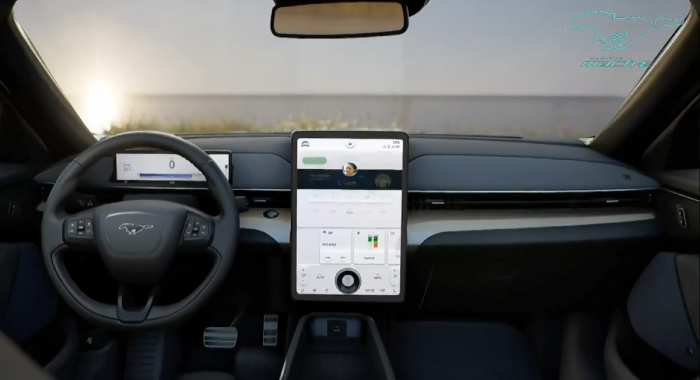 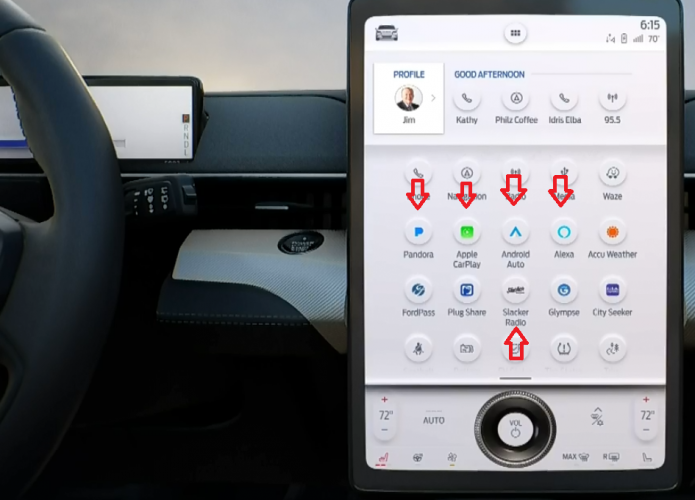 However, many of the small things that Tesla has resisted, like Android Auto and Apple CarPlay are there waiting. So is Alexa, Waze, Pandora, and Slacker Radio.

One feature that Ford does not offer is a network of dedicated chargers that only its brand can use. However, Ford points out that 80% of charging is done at home. Partnerships with charging providers mean that 12,500 charging locations in America will be available to Ford users. Ford has DC fast charging capability.

Will there be a Ford Mustang Mach-E GT? Of course! Ford says it has a mid-3s 0-60 MPH time. It is shown in blue at the top of the page.

See you in our next story discussing why Ford fans shouldn't hate Mustang Mach-E because of the name.

DeanMcManis wrote on November 18, 2019 - 12:16am Permalink
On the outside I am not sure how much the Mach-E looks like the Model Y, beyond the fact that most compact crossovers look generally similar. The Mach-E (purposely) looks like a plumped-up Mustang, and the Model Y looks like a plumped-up Model 3. Inside though, the Mach-E's dashboard does look fairly similar to the Model Y's, except that the Ford's big center screen is vertical (like the Model X/S) as opposed to being horizontal as it is on the Model 3/Y. There is a lot to like about the Mach-E, but the pricing, performance and range seem to be a little off compared to the Tesla Model Y. It's close in some configurations, but even though the First Edition Mach-E comes close to the range of the Model Y Performance, which is nearly a match in price, it falls well short of the Performance Model Y's acceleration. And the Mach-E GT due in Spring of 2021 may get close to the Model Y's performance, but can't match it's range. Of course since both of these vehicles are not yet released, there could be improvements made to either (or both) of them before they hit the showroom floors. Beyond comparing these two E-CUVs, I think that both of these new American EVs are going give some grief to the European E-CUVs, from the iPace, to the E-Tron, to the upcoming Volvo XC-40 EV, With most of them falling behind the American EVs in range, performance, and especially price. Granted, most will have higher quality materials and build quality, but it might not be enough to steal away sales. The Porsche Maycan EV, (due in 2021) will no doubt match or beat these two in handling and performance (in "Turbo" form), but if the Taycan is any example, the price will be considerably higher than either of them. I am just pleased to see this E-CUV market opening up, with several competitors coming on the radar over the next year or so.
John Goreham wrote on November 18, 2019 - 8:36am Permalink
Well said. It is exciting to see America continuing to lead the world in the future of vehicle performance. Time now for American automakers to protect their interests and create a native battery cell supply chain.
DeanMcManis wrote on November 18, 2019 - 2:53pm Permalink
Quite right. Vertical integration is one key to U.S. EV success. All vehicles throughout the world currently have internationally sourced components. But having domestic alternatives are vital in an era of trade sanction wars. I believe that Tesla will be leading this movement of sourcing their own batteries after the acquisition of Maxwell Technologies. It doesn't mean that they don't keep their manufacturing partnerships with Panasonic, LG, BYD and others, just that they work to design and build better batteries, at least for their top models. Personally I am hoping for Tesla/Maxwell to release combination energy packs that include Ultra-capacitors and dry electrode batteries in their next generation Tesla models. BMW and Ford also seem to be actively researching cleaner, lower cost batteries for their upcoming EVs.