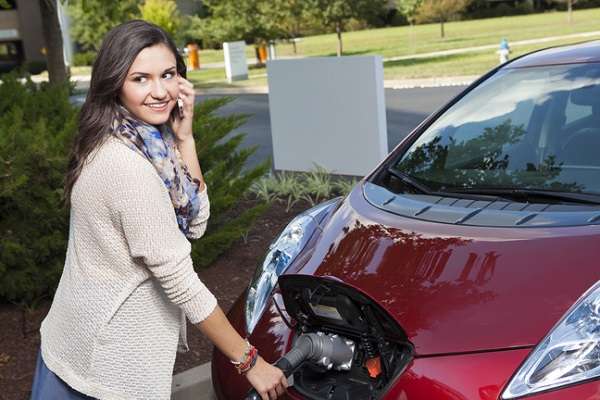 On January 1st Massachusetts energy prices will jump by 22% for most residents. Do EVs make any sense in this key market?
Advertisement

Last month we compared the costs per mile of the Prius, the top-selling green car on Earth, to the Nissan Leaf, the top selling electric vehicle on the planet. In our analysis, which used only the EPA’s official numbers for the fuel economy of the vehicles published at fueleconomy.gov, the Leaf edged out the Prius. The Leaf’s 5.6 cents per mile cost was just under the Prius’ cost of 5.8 cents per mile. Since that time, gasoline prices have dropped from about $2.90 to about $2.55. However, that will reverse. What will not be reversing any time soon is a new, highest in the nation, cost of electricity in Mass. which is about to increase by about 22%.

Readers who are fans of electric vehicles, and who don’t live in the region, poked holes in the story. They claimed that the EPA has mistakenly calculated the efficiency of EVs and that they do better in actual use. That may be true. Others claimed that the Prius does not live up to its EPA rating. We can’t agree with that claim. Perhaps the prior win by the Leaf should have been by a bigger spread, but it matters very little now since with the new cost of electricity the Prius will be less expensive in this market until prices go well beyond $3.00 per gallon of gas again. Electricity prices would also have to stabilize, which they appear not to be doing. The electricity cost increases are coming faster, not slower.

In other markets, many EV owners use smart electricity meters which offer a lower cost to charge at night. I phoned NSTAR this week and asked about getting a smart meter. Despite my EV reporting, which some see as EV bashing, my home is a model of energy efficiency, and I can heat it with oil or a super-efficient electric heat pump. NSTAR’s website has no information on smart meters. I was told by the NSTAR rep that no more smart meters are being installed, and that “We (NSTAR) are doing away with them.” I asked the representative if there were any special rates or rebates for EV drivers and she offered a phone number for me to call. There was nobody available at the number to help.

In markets where government subsidies make EV cheaper, or where electricity costs are low due to large hydro, EVs are easily the most economical vehicles to operate per mile. However, in Mass., they are economically impractical now and becoming more so as time passes.

Related Stories:
2015 Prius hybrid now matches the cost per mile of Leaf EV in some markets
Why does the 2104 Toyota Prius have a 42% better resale value than the Nissan Leaf?
Myth busted - Electric vehicles cost more to maintain than gas cars do
Massachusetts EV rebate program is now online, looks to boost short-term sales