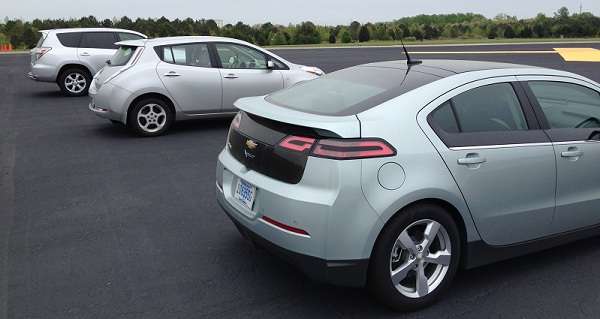 Incentives for electric vehicle purchases are hotly debated and not all programs are successful. Massachusetts is now one of the most generous states as it kicks off its rebate program for new EV buyers.
Advertisement

Several months ago it was announced that Massachusetts would offer an aggressive incentive program for electric vehicle purchases starting in summer 2014. Now the day has arrived, and new EV owners are eligible for up to $2,500 in rebates at the point of sale.

Torque News previously reported that Massachusetts is one of eight states, including California, Connecticut, Maryland, New York, Oregon, Rhode Island, and Vermont, to commit to adoption of zero-emission electric vehicles in a cooperative effort. The participating states, which make up 23% of car sales nationwide, have agreed on the goal that 15% of new vehicle sales will be clean energy by 2025.

For Massachusetts, this effectively means 300,000 electric vehicles by 2025. The Bay State took a step in that direction with the implementation of the MOR-EV program (Massachusetts Offers Rebates for Electric Vehicles, obviously).

All fully electric cars, such as the Nissan LEAF and Tesla Model S, will receive the maximum $2,500 rebate. Interestingly, the plug-in hybrid Chevrolet Volt with its 38 miles of electric range is also eligible for $2,500, as is the range-extended version of the new BMW i3. Other plug-in hybrids with less range, like the Ford C-Max and Fusion Energi models and the Toyota Prius Plug-In, only qualify for a $1,500 rebate – still quite generous by most standards. Full listing of eligible vehicles can be found here.

Limited scope in the short term

Massachusetts has earmarked $1.86 million for the rebate program. The current allocation is expected to be good only for about 1,000 new registrations, and is available on a first-come first-serve basis until June 2015. We wouldn’t be surprised to see the program renewed at that point if it is successful, but for now the state is moving one step at a time. As there are currently about 3,600 electric vehicles registered in Massachusetts, selling another 1,000 this year likely won’t be difficult.

The Bay State has selected the Center for Sustainable Energy, a California-based non-profit, to manage the new incentive program. Said the organization’s executive director, Len Hering:
“Incentive programs play a significant role in introducing and promoting clean energy technologies on a wider scale, especially when there are real and perceived barriers to their adoption. The added value and rewards of rebates help people to make more sustainable choices while supporting goals for cleaner air and reduced fossil-fuel consumption.”

We think Mr. Hering is right, though not everyone feels the same way. The playing field that EVs wish to share with legacy ICE vehicles is not yet level, and incentives like the new Massachusetts program are appropriate until that is the case.

Mark Renburke wrote on June 21, 2014 - 8:48am Permalink
Worth mentioning that MA residents can now buy a Nissan LEAF for just $19,890 or a Chevy Volt with its gasoline range extender for $24,995 net consumer cost after the rebate and federal tax credit. These are basically the same prices as most entry level base automatic model compact and midsize gasoline only sedans respectively, and the Volt costs no more than a base hybrid Prius, but the electrics offer much lower fuel and operating costs.