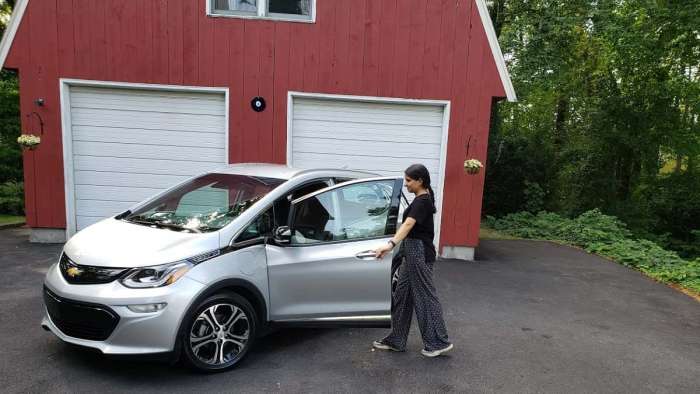 General Motors is planning to introduce a new Chevy Bolt derivative that will be a bit more “crossovery.” The convergence of the updated model with the fact that dealers have 2020 Bolts sitting around new and unsold gathering dust means that the discounting could reach epic proportions for these leftover but new Bolt battery-electric vehicles. 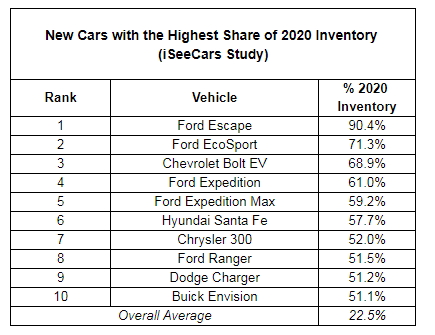 Study Puts Chevy Bolt At Top Of Unsold Inventory List
A study published this week by our friends at iSeeCars.com places the Bolt near the very top of a list of vehicles with a high percentage of leftover 2020 model years sitting unsold at dealers. “These cars not only provide negotiation opportunities right now, but many of these vehicles can present even greater savings opportunities as more 2021 vehicles enter the pipeline,” said iSeeCars Executive Analyst Karl Brauer. 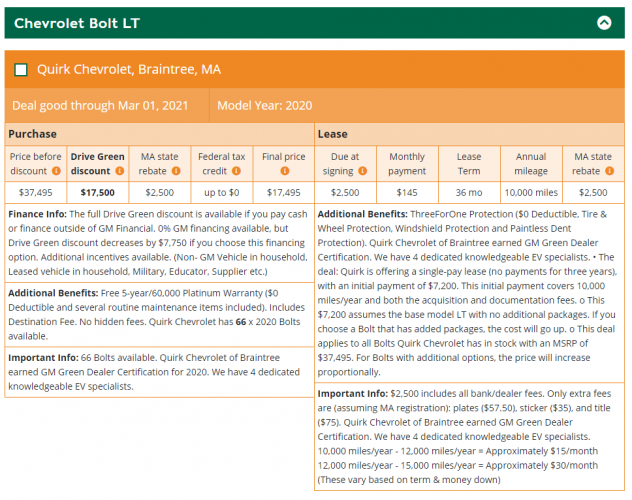 A whopping 69% of Bolts in stock today are 2020 model year cars. That compares to an overall average among all vehicles of just 23%. However, unlike the rest of the new car inventory in America, the Bolt is already being discounted by as much as $17,500 by Chevy dealers desperate to move these slow sellers off the lot. In Massachusetts, the DriveGreen website lists nine Chevy dealers already discounting Bolts by more than $14,000. The best deal we could find was a new Bolt LT with a discount of $17,500. Add in the Massachusetts EV rebate and that NEW Bolt has a cost to its owner of just $17,495!

Related Story: 2021 Chevy Bolt Premier Is The Best BEV Value In America, But Only At This Price

As we recently highlighted, we feel the Bolt offers a green vehicle buyer a great choice as long as the discounts are large. With a new generation Bolt, and also a new Bolt-derived crossover-type vehicle coming, these deals may get even sweeter.

If you are shopping for an affordable battery-electric vehicle tell us in the comments below if the Bolt is on your shopping list.