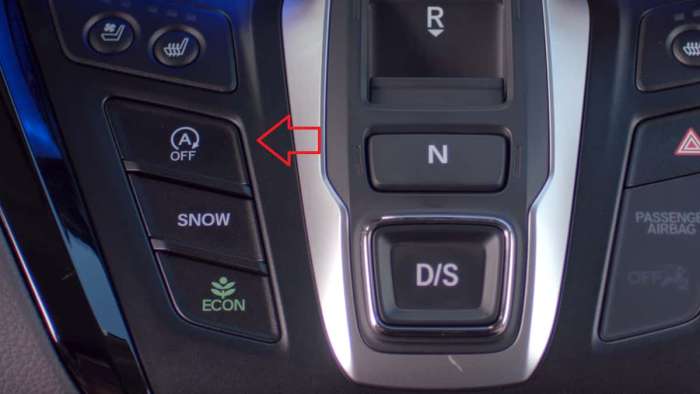 There are ways to permanently disable stop-start systems. We asked the EPA if it was legal to do so.
Advertisement

Do you despise your car's stop-start system and want to disable the darn thing – permanently? Sure, some car makers allow you to turn it off. But the system comes back on again every time you restart the car. What we are talking about is a permanent override. Where there is a will there is a way. We have heard many ways to disable the stop-start systems in today’s new vehicles. Some are mechanical, some electrical in nature. It’s tempting to just kill the darn stop-start system. But is it against the law to do so?

EPA and the Clean Air Act
The Clean Air Act has something to say about disabling any part of your automobile that has to do with its emissions. Tampering with the emissions control systems once a vehicle is certified for sale is a big deal. The fines for doing so are in the thousands of dollars. Per vehicle. VW did it recently. After billions in fines and even jail sentences we thought we’d never hear anyone try that again. Then FCA America settled a suit over the same type of issue. These are corporations who act on a much larger scale than just you me and our local mechanic. But is the law any different for us regular Joe’s?

The law seems pretty clear. However, we are not EPA experts. So we asked the EPA experts. Let us be clear here that this story is not meant to cast the EPA in a poor light. The media relations team at the EPA is super responsive, and always happy to help us when we request it. We reached out by both e-mail and phone. We asked the EPA if disabling a stop-start system would be considered a violation of the Clean Air Act or any other environmental regulation. We also specifically asked for some guidance on individual owners working alone, a local mechanic who charges to perform a stop-start disable service, a company that provides an override product for sale, and an official new car dealership offering such a product or service.

EPA's Opinion On Stop-Start Disabling Legality
In total, seven employees of the U.S. Environmental Protection Agency joined the communication chain. The U.S. EPA’s New England Regional Office of Public Affairs took the point position. After three days of consideration of the question here is the answer we received:

“The EPA generally does not allege conduct to be illegal unless and until the agency has developed a factual basis and decided to pursue an enforcement action. To determine whether conduct amounts to illegal tampering or whether an aftermarket product is an illegal defeat device, the EPA would first need to investigate whether each element of the statutory prohibition has occurred. With regard to a start/stop system, for example, before alleging any violation the EPA would need to determine first whether the manufacturer of the vehicle in question used the start/stop system to comply with the applicable regulations concerning emissions. If so, removing that system or rendering it inoperative may amount to illegal tampering, and aftermarket parts and components that bypass, defeat, or render the system inoperative could amount to illegal defeat devices. To date, the tampering and aftermarket defeat device cases EPA has resolved have generally included the complete removal of filters and catalysts that are essential for controlling emissions of oxides of nitrogen, particulate matter, and other tailpipe pollutants.”

Hmm. Certainly not a green light to go ahead and defeat that stop-start. Also certainly not a definitive, “Yes, we will send the SWAT team over if we find out anyone does this!” More along the lines of, “We are not really sure the stop-start even qualifies as an official emissions control system. And we are not really sure we would jump on that if it was.” Our paraphrasing is not meant to be disrespectful.

Here’s our guess as to what would happen in three specific groups of scenarios:
1) A Vehicle Owner Disables The Stop-Start System On Their Own
It is hard to see how you would ever get caught unless the state you live in has an annual smog check during which they tap your OBD port and look for codes. In my state of Massachusetts, if a code is found and relates to the emissions system the inspection is a fail. This according to mechanics who perform the inspection we spoke to. The vehicle will be passed once the issue is solved and the code “cleared.” If you live in a state without emissions testing, who would ever know? Well, maybe your dealer if any warranty work is needed. O2 sensor needs replacement? Catalytic converters shot? Starting system problems? Don’t expect coverage if you’ve tampered with the vehicle’s stop-start system.

2) A Company Develops, Offers For Sale, and Sells A Universal Stop-Start Device
Our guess in this situation is that the EPA would take notice. Also, stop-start has value to automakers. If it isn’t available to them, they have to earn a higher EPA average and that is now getting very hard to improve upon without spending money. No automaker wants to make defeating stop-start too easy.

3) A Dealer Offers to Disable Your Stop-Start System
Here again, we think the EPA would take quick notice. Dealers act as official agents for the maintenance of emissions systems. We seriously doubt any would be bold enough to do this, but if they did, we’d expect a confrontation with some agency to germinate.

Conclusion: Is It Against the Law To Disable Your Stop-Start System?
Our opinion is “yes, it is illegal.” Just like removing your catalytic converter or using software to over-ride an emissions control system. Will you get caught? Doubtful.

Torque News would like to thank the EPA for its assistance in the creation of this story.