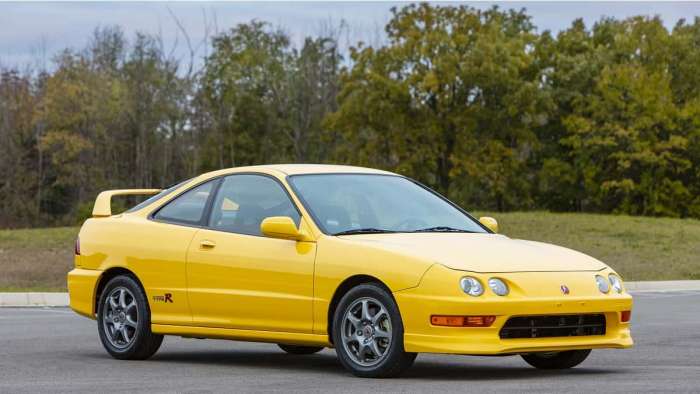 The Acura Integra was a gateway model to the brand for may young Americans. Here's why we miss it.
Advertisement

Acura broke into the U.S. market in the 1980s by offering American shoppers a choice. One could buy a high-quality, affordable, and very high-value Honda car, or they could step up to an even better vehicle. One part of Acura's genius was realizing that those customers looking for something better may not just be shopping the top-end of the marketplace. In fact, they may well be young first-time car buyers. The Acura Integra sport coupe was unique in the market when it arrived. And proved to be a massive success. 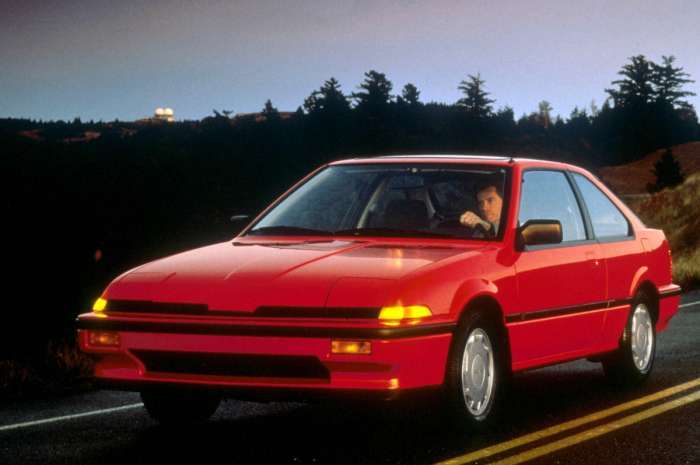 The front-drive coupe was powered by a modern overhead-cam four-cylinder engine. Unlike most cars of the age, this one loved to rev. Some models had engines with redlines above 8,000 RPMs. With ample power (in the upper ranges of the rev-band) and a sporty demeanor, the Integras of the 1980s, 1990s, and 2000s were fun to drive and earned a reputation as very reliable vehicles.

But what really set the Integra apart from the crowd, and from the Honda Civic, was its refinement. This is a quality that is hard to define on paper, but behind the wheel, the Integra felt much more like an upscale luxury vehicle than anything available in its price range at the time.

The Integra was best mated to a stick shift manual transmission. Since much of the power was only available above 4,000 RPM, those car enthusiasts who had grown accustomed to pushrod engines with big displacement often found the car a mystery. Which made owners who did understand the Integra's formula even happier.

Included among those who got it were the car magazines of the time. Every generation of the Integra earned honors like a spot on the Car and Driver Ten Best list. However, it was the GS-R (Grand Sport Racing), and Type R trims that most enthusiasts remember as the award-winning Integras.

Although Honda certainly has outstanding modern sporty and affordable coupes in its lineup, Acura does not. Nor does Honda offer high-revving normally-aspirated engines anymore, having shifted to turbocharging for the Civic line today. The old Integra formula of a coupe with a premium vibe, great real-world performance, and a zing-zing engine is now behind us. We can only look back fondly on a formula that has been lost but not forgotten.

If you own or owned an Integra, tell us what you liked most about the car in the comments below. If you see this posted on social media feel free to add an image. Integra 5-door owners are also most welcome to state your case for its inclusion on this list of cars we miss.

Sarah wrote on May 9, 2020 - 2:59pm Permalink
Still driving my 2005 RSX. I’m probably due for an upgrade but I haven’t found anything I’d like better yet.
William Baker wrote on October 26, 2020 - 1:52pm Permalink
I own a 1999 Integra GSRrrrr which I purchased new. This is the best, most fun car to drive I have ever owned....and I grew up in the muscle car era having owned Mustangs and IROZ Z's. The car has 170K miles and still runs great other than a little oil usage. I have spent merely pocket change on repairs. The Teggie is bullet proof but she's being babied now days! Oh yeah, 30 MPG all day long
acura nut wrote on December 28, 2020 - 7:18pm Permalink
I am an owner of 1993 Integra LS special. Few times, people asked me to sell my vehicle, I said no. This guy then ask me to sell him the car, I said no. Car has 128000 miles, and runs so well. When I go on the freeway, people would race me; as they must have watch too many "fast and furious movies". Sure wish Acura revive the Integra line as I would buy another Integra in a second.