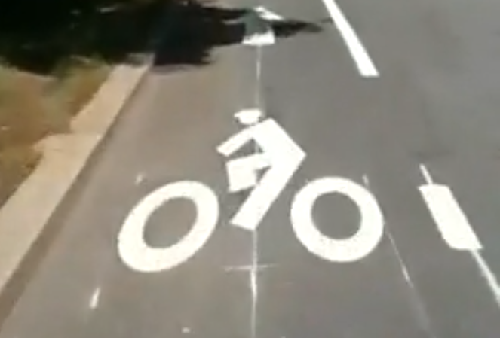 Bikes want to share the road equally we should welcome them

Recent accidents and bike lane additions have Bostonians struggling with how to have cars and bikes share the road. Here is a guideline form the car owner’s perspective.
Advertisement

Bicycles want to share the road in Boston and the city has welcomed them with open arms. Bike sharing programs are in place and the city (that means the taxpayers of the entire state) has spent a lot of money and energy painting bike lanes all around the Hub. For those not form here Bostonians call their city the Hub. As in Hub of the universe. I kid you not. The problem is that bikers are being hit and sometimes killed by MBTA buses, trucks, and cars and pedestrians are also being hit by bicyclists. A search of the mass media seems to always assume that the solution is to change the roads and or change the driver’s habits in the motorized vehicles. Perhaps that could work, but we’ve been trying that for literally decades and the problem has gotten worse, not better. Let’s turn the issue around and take a fresh look it from a different point of view.

Is Biking a Right
In the Commonwealth (we call Boston the Hub, and the state the common-wealth) it is very popular for politicians and police to remind the general populace that driving in the state of Mass is not a right, rather “it is a privilege.” Fine, let’s move on. First, does that mean motorcycles too? Yes, it is a privilege to drive a motorcycle. What about electric motorcycles and scooters. Yes, it is a privilege to drive those too. What about a bicycle? Hmm. Tough call, and one that the Supreme Judicial Court of Mass has yet to rule on as far as can be determined. We do know that bicycles are supposed to “Follow the same rules of the road as automobiles.” Biking is not a form of pedestrianism. It is a form of operating a vehicle. The rest of this missive will start with this concept and progress. If you don’t think bikes should follow the rules of the road, stop now.

The Rules Of The Road – Before One Sets Out
If bicyclists are to follow the same rules of the road as automobiles we need to step back a bit. Let’s start with all the rules a vehicle operator needs to follow before they leave the driveway. From here on, we will use a motorcycle as the example automobile since it is as close to a bicycle as we can get. Here is what we need to do to help the bikers follow the same rules as a motorcycle.
- Get the bicycle registered. Motorcycles registration is done at the RMV (take a number) and before we talk money the cyclist will need to provide proof of residency, DOB, and a Social Security number. The cost to register a motorcycle is $20.
- Affix your plates, front and rear. This will allow the commonwealth to frequently search you using automatic plate readers for having missed a court date, outstanding warrants or an expired registration. This is not an illegal search because you chose to exercise your privilege. Sort of like when you fly. Also, the plates will help the automatic stop light ticket company find your address, and thus send you your fines.
- Pay your sales tax. Bought the vehicle out of state? Hilarious. Who cares? Here in Mass you pay the state sales tax no matter where the vehicle came from. 6.25% to be precise. No cash allowed, checks and credit cards only at the Mass RMV.
- Insure your ride. Oh, forgot to tell you, before the RMV will even talk you, you must already have insurance. Even though we already have universal health care here in the Common-Wealth, you will have to insure yourself and other folks involved in an accident for medical costs. You will also have to buy insurance in case you or a passenger is hit by an uninsured driver. That means you pay your insurance and the lawbreaker’s too. Better budget about $ 200. Motor vehicles cost LOTS more, but let’s give the bikers a break.
- Get a state safety inspection. We used to call this an emissions test, but you know what? Electric cars have to do it too. So let’s call it a safety test. $29
- Get a permit, take your written exam, then take a test with a State Trooper. Better budget about $75.
- Pay your excise tax to the town in which you live. The tax on a new vehicle is usually 2.5% of the value of the vehicle year one. So if your carbon fiber and titanium ride cost you $5,000, you owe
$125. Get used to it. You pay this same percentage on the value of your ride every year.
- So far, the cost to follow the rules of the road are about $ 449 and we pro-rated this down for bikers where we could. In Mass, the RMV makes a profit, and those extra funds by State constitutional guidelines cannot be used for a specific purpose, but have to go to the general fund. Unless the governor decides he wants to give the money to the MBTA. That is not the law, just what actually happens. Get used to paying your vehicle fees and seeing them go to something other than roads.
- Get a helmet – Unlike NH, we are not an organ exporting state. You must wear a helmet to comply with the rules of the road.

The Rules Of The Road – Operating Your Vehicle
If a policeman in the Common-Wealth saw a motorcycle race up alongside a line of cars to get to the head of the line at a stop-sign, or drive down a sidewalk, he would either arrest the operator or would issue a citation. Or ignore it altogether depending upon mood. In any case, can we all agree that a key rule of the road is that you only drive in an actual lane and that you cannot cut the line at a stop sign? Also, can we all agree that a vehicle can only be operated in the center of a lane? This is a key point. One of the ways many bikers get hurt is by driving too close to the parked cars. A person in the car opens the door and the biker gets hurt by driving into the door. This is a subtle point, but a person exiting a parked, shut-off vehicle is a pedestrian. Pedestrians have the right of way. Crashing into them as they try to walk from a parked vehicle is not allowed.

What Happens If You Don’t Follow The Rules
- First of all, if you get a ticket in the Hub you can fight it. If you win, you still can be made to pay the fine. This is a privilege, remember. In either case you will have to pay a donation to the Head Injury Fund of Mass. This is not an option, and the Common-Wealth does not care if you were not guilty. The donation is $50. Of that, the state keeps $20, and it does not actually go to the head injury fund. Tough.
- If you get three tickets in a year you lose your license.
- Every time you get a ticket your insurance carrier will increase your premium. For 7 years.

Proposed Future Rules
So far, these are the actual rules of the road. Not future, proposed rules. Here are some you might like to plan for.
- Mileage tax. You will be forced to install a GPS transponder (like the one we already use for tolls) and pay to the state money for each mile you drive. That money will go to the MBTA or whatever else the politicians (all from one party here in the Bay-State remember) decide it should go to.
- Recycling fee. Bikes are all about carbon fiber there days. Guess what? Carbon Fiber can’t be recycled and it cannot be burned in a co-gen plant to create clean energy like a plastic water bottle can. Get ready to pay.
- Import duty. If bikes really become popular folks are going to wonder why they cost so little. They will learn they are all made in China by non-union workers. That is not at all fair to the United Auto Workers Union. Hold onto your wallet.

As a car enthusiast I welcome the bikers to Boston and wish them the best there, a place I have vowed to only enter for weddings and funerals after growing up 4 miles from the downtown area. One last thing, don’t forget to park your bike in an official parking spot, or parking garage, pay the meter, and have it gone by 2am.

Video and photo courtesy of Youtube.com and gmmook