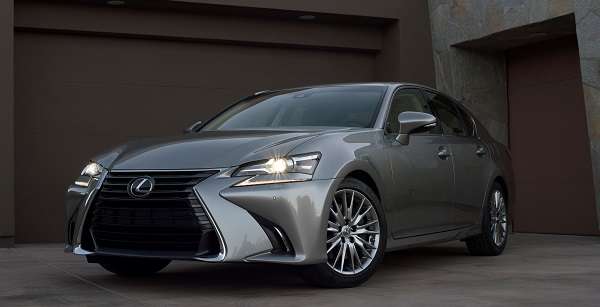 When Lexus introduced the new 2016 IS 200t we jumped for joy. In that compact sports sedan, the new 2.0-liter turbo is replacing the snail-slow 2.5-liter engine in the base IS sedan. The new 2.0-Liter turbo has decidedly more power, and dramatically more torque than the outgoing IS 250. However, the new 2016 Lexus GS 200t mid-sized sports sedan specs contained one imporant tidbit that the IS press information did not. Fuel economy estimates.

We reached out to a Torque News contributor and owner of two GS 350 sedans and also a mighty RC F V8 coupe. Dr. LT as we call him, said "When the lease on my GS 350 is up I will be looking at the GS 200t. If the NuLuxe interior looks good and the cost of the vehicle is lower, I'd go that way." Dr. LT knew about the GS 200t once it was announced because he has a close contact at his local Lexus dealer. That contact told him that dealership salespeople are thrilled with the new GS 200t because it will compete better with the BMW 528i, which also uses a 2.0-liter turbo.

Lexus, like BMW, is turning to turbocharged, four-cylinder engines in its base sports sedans to offer reasonable performance and improved EPA-estimated fuel economy. Our guestimate is that the combined fuel economy rating of the GS 200t will be about 10% better than the GS 350’s. Fuel economy improvements are always welcome and basically mandated by CAFE regulations. However, if owner fuel cost savings were the real goal it would have been a lot easier for Lexus to save customers 10% by simply tuning their V6 to use regular unleaded fuel, instead of the premium the company recommends now. Lexus plans to recommend premium in the new 2.0-liter turbocharged engine as well, and that is a shame.

The second reason Lexus wants to have a small, inexpensive turbocharged engine in its sports sedans it to compete with BMW and other car makers who already made that switch and can offer a lower MSPR on those base cars compared to a potent V6. As Dr. LT mentioned to us when we spoke "It is great that Lexus loves to find its own way, but sometime it pays to look at the competition, too."

Tesla Contemplates A New Strategy for China Retail even As Sales Boom
Jay Leno on Elon Musk & EVs: “I Think He Should Get ... Credit"
END_OF_DOCUMENT_TOKEN_TO_BE_REPLACED