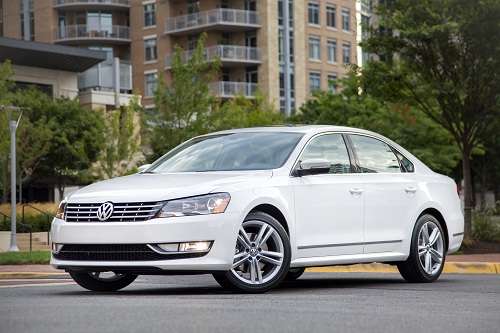 Volkswagen has achieved what almost every industry watcher said was impossible. It took the mid-size Passat sedan from an insignificant player in the US market to a viable, profitable product that wins most of the comparison tests it enters. The current Passat is loved by auto-writers, enthusiasts, and based on its sales, consumers. Now, VW is preparing a new value-packed, Wolfsburg edition that will likely be a favorite among many buyers looking for a mid-size car this year.

Consider, in 2010 the Passat sold about 2,400 units. Most of its competitors sold literally 100 times more mid-size sedans than that in 2010. This past March VW sold 9,521 Passats and is on track to sell about 115,000 this year in total. This was all part of the plan. The plan nobody believed, and that VW succeeded with. The company completely redesigned the car and began to build the car in Tennessee. The new Passat designed for the US, and built in the US is a success and so is the company’s smaller Jetta.

Fully 34% of the Passats sold last month were diesel powered. No other mid-size US sedan has that many diesel sales. In fact, there are no competitors. Toyota’s Camry, and Honda’s Accord are gas only. The Passat does not need a new diesel special edition. However, the gasoline version can do with a value-added special edition, and that is what VW is serving up.

The new mid-2013 Volkswagen Passat Wolfsburg Edition will be in showrooms late spring. For another Torque News reporters opinion on the Passat click here.