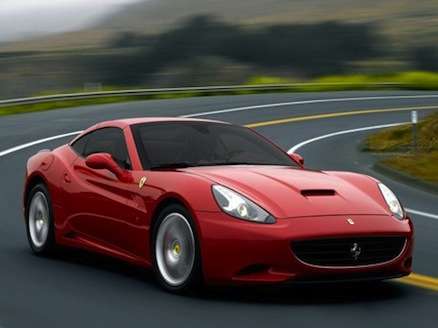 What recession - Ferrari reports revenue and sales records for 2011

Despite economic upheaval in Europe, luxury sport car manufacturer Ferrari reported its highest ever revenue and sales in 2011.
Advertisement

Despite a global recession in 2011, Ferrari has reported both a record year for sales and revenue. Ferrari credits their success last year with strong growth in the U.S., China, Great Britain and Germany. 2011 marked the first time ever that Ferrari’s revenue exceeded 2 billion euros ($2.63 billion). To be exact, Ferrari recorded revenue of 2.251 billion euros ($2.96 billion), which is an increase of 17.3 percent over 2010. The Italian automaker also reported a record breaking return of sales, which is net profit divided by sales revenue (14.1 percent).

In total, Ferrari sold 7,195 cars last year worldwide. This all-time high in sales was boosted by a record number of 1,958 U.S. vehicles sold. Aside from stellar U.S. sales, Ferrari was also the recipient of stronger than average sales in the Chinese market. Ferrari sold a total of 777 units in China, a 63 percent increase from the previous year. German sales were up roughly 14.5 percent, totaling 705 units. Ferrari also sold 574 cars in Great Britain, which was an increase of 23 percent.

Ferrari’s record-breaking numbers come just one year after the company reported record-high sales and revenue in 2010. In 2010, Ferrari sold a total of 6,573 sports cars, which eclipsed the pervious year by 5.4 percent.

An impressive year all around, Ferrari also saw a record number of visitors to it Ferrari Museum in Maranello. Also known as the Museo Ferrari, the famous venue attracted more than 240,000 visitors, with more than 60 percent coming from outside of Italy. The museum houses cars, photographs and trophies cataloging the automaker’s rich and innovative history. Designed for race fans, vintage car connoisseurs and general enthusiasts alike, the Museo Ferrari features Formula One, Sports and Sports-Prototype cars and GT vehicles.

Aside from impressive sales figures, Ferrari also has two new vehicles on the horizon. First off, the Ferrari California, a 4.3-liter V8 2+2 drop top, will soon make its official debut at the upcoming Geneva Motor Show. The upgraded California features improved performance, minimized body roll and an optional handling package. Also new is an advanced Ferrari-exclusive ECU which improves reaction time by 50 percent.

In addition to the California, the new Ferrari 620 GT also makes its debut at the Geneva Motor Show. Billed as the successor to the 599 GTB, the 620 GT comes equipped with a 6.3-liter V12 engine, which pounds out an estimated 700-horsepower. According to Ferrari chairman Luca di Montezemolo , the car will deliver “extreme performance” and an “unprecedented power output.” You can view a spy shot of the vehicle HERE.

The Geneva Motor Show will be help from March 8-18 in the Swiss City of Geneva. Stay tuned for Ferrari California and 620 GT release date and pricing info as the auto show approaches.

Founded in 1929 by Enzo Ferrari, Ferrari is an Italian sports car company based in Maranello, Italy. Ferrari originally exclusively manufactured race cars until 1947, when they began producing street legal vehicles. Fiat Group purchased a majority stake in Ferrari in 1969 and currently owns 85 percent of the automaker.