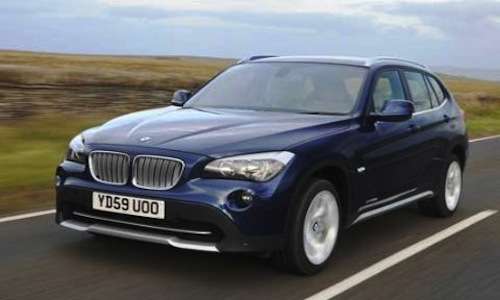 Soaring European sales and a lack of supply have indefinitely delayed the release of the X1 in the American market.
Advertisement

Although the BMW X1 was originally set for released in 2010 in the states, BMW has announced that the long-awaited SUV has now been postponed indefinitely in the American market. After the initial 2010 delay, BMW said the X1 would be released in late 2012, but has since been scrapped due to an overwhelming demand in foreign markets. Also weighing on the German automaker’s mind was the current poor euro-to-dollar exchange rate. Overall, BMW deemed that now is probably not the best time to launch the X1. Despite not being available in the US, the BMW X1 has been available in Canada since last year.

The news in not entirely surprising due to the fact that BMW wants to ensure that it meets European supply demands. The X1 has been immensely popular in Europe since its initial release and was the number one selling premium SUV for the European market in 2010.

Even though BMW North America has not officially spoken out about the latest X1 news, it did comment on similar announcements in 2011. Last year Jim O’Donnell, CEO of BMW of North America remarked to Autoweek that a US release was unlikely due to massive overseas sales. In fact, demand for the X1 outpaced its initial supply, which decreased the likelihood of American availability. O'Donnell went on to say, "As long as they keep selling them, I do not know when we are going to get it."

Fans of the BMW X platform can still purchase the BMW X3 and X5 vehicles, which are presently available in the US. The X5 was the first X model to be introduced in the states in 1999 and was followed by the X3 in 2003. Both vehicles are marketed as Sports Activity Vehicles (SAV).

Notwithstanding the delay news, BMW has forecasted record profits in 2012. The luxury automaker is betting on increased revenue primarily due to the high demand for its new 3-Series sedan. Recent BMW sales estimates illustrate that the company will surpass last year’s pretax profits of $9.72 billion.

“We are targeting new highs in sales volume and pretax earnings for 2012,” said Chief Executive Officer Norbert Reithofer at an annual BMW press conference. In terms of 2012 sales, Reithofer added, “We are off to a promising start.”

Anonymous wrote on March 18, 2012 - 1:07pm Permalink
Are you guys sure this is true as Bimmerpost and others have reported the x1 will be at a big American auto show in the next few months? They say it will debut for sale in the fall with its LCI. facelift.