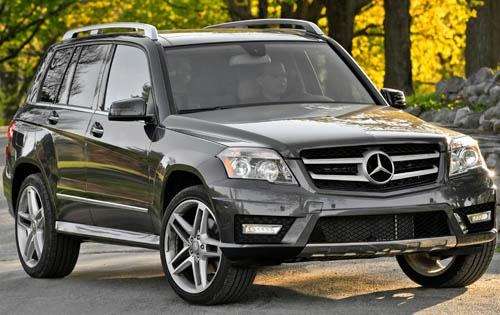 Mercedes-Benz announced today that it is recalling 5,800 model-year 2011 through 2012 vehicles due to a potential fire risk. Reports filed with the National Highway Traffic Safety Administration indicate that affected vehicles may suffer from fuel filter flange cracking resulting from a molding process error. If cracking occurs, fuel leakage may follow, which can cause a fire when in the presence of an ignition source. The recall concerns multiple 2011-2012 Mercedes-Benz models including the S400, S550, S550 4Matic, S63 AMG, C300, C300 4Matic, E350, GLK350, GLK350 4Matic, CL550 4Matic and CL63 AMG

According to the NHTSA, Mercedes-Benz will begin notifying customers of the recall in January 2013. Dealers will replace the vehicle’s fuel filter, free of charge. In the meantime, drivers can contact Mercedes-Benz at 1-800-367-6372. Concerned customers may also contact the NHTSA’s Vehicle Safety Hotline at 1-888-327-4236 or go to www.safercar.gov. The NHTSA Campaign ID No. is 12V557000.

Aside from fuel leakage, there are several symptoms of a failing fuel filter. Drivers may notice that their vehicle’s engine may suffer at highway speeds. Specifically, “engine missing” may cause the engine to jerk and stutter at high speeds. Additionally, the vehicle may lose power while accelerating. Difficulty while starting the vehicle may also occur. Other warning signs include loss of power and erratic idling.

As for other safety recalls, the luxury automaker issued a small recall last month on 23 model-year 2012 CLS550 and CLS550 4Matic vehicles over an issue with the hood-latching mechanism. The vehicles, which were manufactured from Dec. 1 and Dec. 13, 2011, contain insufficiently tightened bolts in the hood’s secondary latch striker.

In October, Mercedes-Benz recalled nearly 500 model-year 2012 Mercedes-Benz E350 and E550 coupes due to an airbag defect. Specifically, select vehicles suffer from a right side curtain airbag problem, which may lead to improper airbag deployment. The automaker began notifying drivers of the recall last month.

Although Mercedes-Benz was forthcoming with the aforementioned recalls, a class action lawsuit was filed earlier this year alleging that the automaker neglected to acknowledge a serious fuel tank flaw present in 2003-2009 E-Class sedans.

The lawsuit claims that: “Mercedes has knowingly concealed a defect in the fuel tank assembly that poses a severe safety risk to consumers even when there is no collision or impact to the vehicle.”