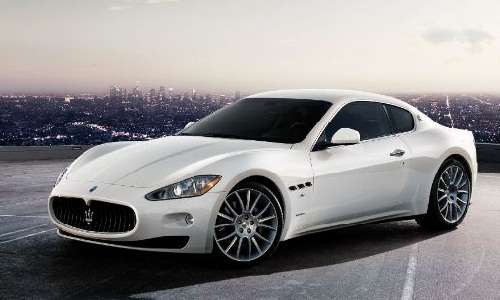 Maserati recall: The last recall you will need

Luxury automaker Maserati is recalling nearly 1,800 of its 2008-2010 GranTurismo models due to a taillight “deviation” according to the National Highway Traffic Safety Administration. Reported on Thursday, the recall affects both coupe and convertible models manufactured from June 2008 to March 2010.

Introduced in 2007, the GranTurismo is a two-door 2+2 coupe (two-passenger seating in front and rear) that shares the same platform as the Maserati Quattroporte V. A standard GranTurismo comes equipped with a 4.2-liter V8 engine and a six-speed transmission. The models mentioned in the recall generally range in cost from $123,000 for the S Automatic to $142,000 for the S Convertible. Certainly, no one wants to pay such a price and hear about a recall.

Maserati's February recall pertains to faulty lamp assembly, which may affect both tail and brake lights. Defective tail/brake lights could lead to decreased visibility, increasing the likelihood of a crash. Maserati said that an investigation into the possible defect began after they received a large number of warranty claims. The luxury brand also confirmed that no high-centered brake lights are involved in the recall notice.

To put the recall in perspective, Maserati sold a total of 8,000 vehicles from 2008-2011, so the total of 1,800 GranTurismo represents nearly a quarter of all cars sold. Maserati ranked 35 out of 36 automakers in sales last month, beating out fellow luxury brand Bentley. Maserati’s 154 vehicles sold in Jan. 2012 was a year-over-year increase of 35 percent according to the Auto News Data Center.

The Italian automaker also instituted a recall last summer on 2009 models due to a faulty rear suspension. In particular, the defect involved a rear suspension part called the wheel toe-in-tie rod, which if damaged, could result in the driver losing control of the vehicle. The recall affected 801 Granturismo coupes and Quattroporte sedans.

Maserati’s recall arrives the same week as Toyota and Honda both recalled vehicles due to airbag defects. Honda is reportedly recalling 347 2012 Accord Coupes, sedans and Crosstours, while Toyota is scheduled to recall 427 2011 RAV4 SUVs. Both Honda and Toyota state that an ongoing investigation may result in more recalls to follow.

As for Maserati, the manufacturer will notify the owners of defective vehicles beginning this month. Maserati will inspect and replace the rear tail lamp assemblies free of charge. Maserati’s safety recall number is 198. Owners can also contact the NHTSA at 1-888-327-4236 or visit their website at http://www.safercar.gov.