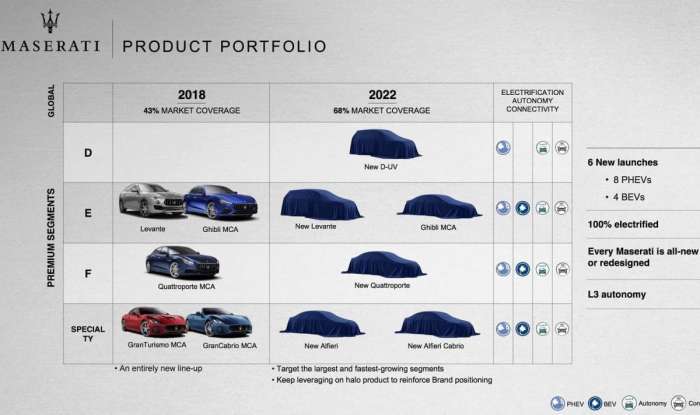 It looks like Fiat is finally going to build some electric cars after all. For those of you who have been watching the auto industry, it was clear that Fiat (and Chrysler) had been trailing all of the other major automakers in having any plan for electrification of their cars. There was no hint of any interest in building competitive EVs, and in fact their CEO Sergio Marchionne suggested that buyers skip buying their Fiat 500e, because they were losing $10,000 on each one sold.
Advertisement

But in the one positive move that FCA (Fiat Chrysler Automobiles) made in building their new Chrysler Pacifica plug-in hybrid minivan, they have found success and praise despite limited availability.

With gas prices staying fairly low, I can see how it is difficult to justify the higher prices of a BEV (battery only) or PHEV (plug-in hybrid) economy car in today’s market, and in contrast, America’s best two selling vehicles are the F-Series Ford pickups and Chevy Silverado line. So Fiat (who has just recently re-entered the U.S. market) has not shown the slightest interest in following Chevy, Ford, Honda, Nissan, or Toyota’s lead in offering competitive EVs, until now.

Tesla is certainly not the first automaker to try and build electric cars to compete against the huge established gasoline powered auto industry, but they are the first to successfully steal away a significant market share from established European luxury/performance automakers like BMW, Mercedes, Audi, and from Fiat’s Maserati and Alfa Romeo brands.

The key advantage in Tesla EVs for this market (outside of being economical to run) are the fact that in a luxury car, electric motors provide very smooth, nearly silent operation. And the electric motors also provide abundant torque for seemingly effortless performance that actually rivals the quickest high performance cars on the market. Tesla has in fact built their Model S and X to be quicker than million dollar European exotic supercars, and their upcoming Roadster promises even greater hyper-performance and range.

“Everything gets electrified. Look at our product portfolio and you see we’re going after Tesla.”

Tim Kuniskis, the Head of Alfa Romeo and Maserati, made the comment in an NBCNews interview released this week. Maserati has plans to add electrified cars to it’s whole luxury line up by 2022:

And importantly for performance car enthusiasts, Maserati is supposed to come out with an all electric version of their beautiful Alfieri coupe with a proposed sub-2 second 0-60 and 186+ top speed, even before they release BEV sport sedans. 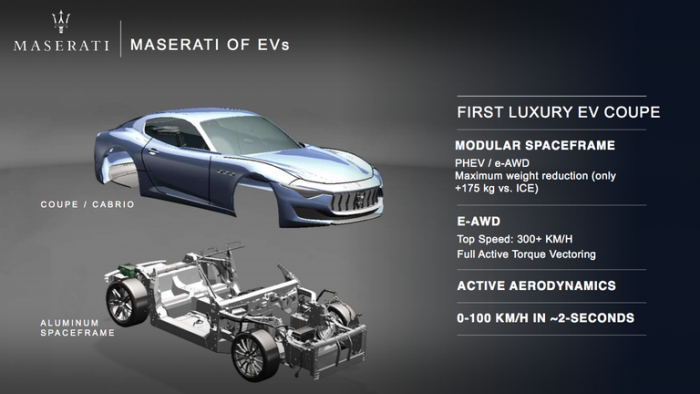 The proposed electric Alfieri is an ambitious high performance car that promises superior performance that rivals the upcoming Tesla Roadster, and all of today’s quickest gasoline powered cars.

Where will you be able to plug in on the road?

Still, even though these promises of a new, exciting world of electrified Fiat/Maserati/Alfas are a surprising (and welcome) change, with plans to offer plug-in hybrid variants of all its high-end models, plus all-electric versions of the Levante, Ghibli, Quattroporte, they did not mention where the EV buyers would charge up (outside of home). This is in contrast to Tesla’s established supercharger network, and also promises by rival automaker VW who has announced plans to install 2800 high speed electric charging stations all across the U.S.

Importantly, none of the major automakers have mentioned how they are going to support clean electricity production in the U.S. that will be needed for this growing population of EVs coming to our roads in the near future. Tesla at least has a plan for renewable, solar energy production for those areas that have consistent sun available.

Regardless, it is great news that Fiat (FCA) has finally joined the EV party after dragging their heels for so long. I for one, would love to own an electric Maserati Alfieri convertible! How about you?