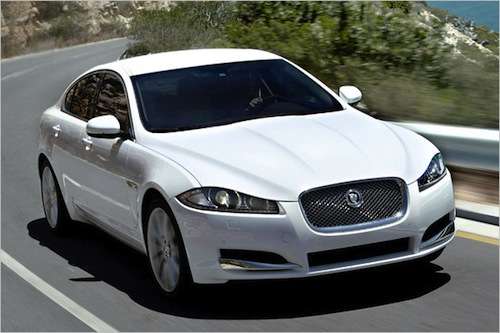 Jaguar Land Rover North America announced on Thursday that it is recalling select model-year 2010 through 2012 Jaguar XF cars to fix a potential fuel leak problem. The recall concerns XF models equipped with 5-liter gasoline engines, according to the National Highway Traffic Safety Administration. Affected XF models may contain a fuel tank fuel outlet flange that may crack. Consequently, a cracked flange may result into fuel leaking onto the ground, which may cause a fire. The safety recall affects 4,195 Jaguar XF vehicles.

The luxury automaker has received three field reports and 17 warranty claims worldwide in regard to the fuel leak problem. NHTSA documents indicate that customers have reported fuel odor, flange cracking, fuel leakage, and the check engine light going on. Despite the multiple warranty claims and field reports, there have been no accidents, fires or injuries reported, according to the NHTSA.

Jaguar will begin notifying owners of the recall on, or before December 7, 2012. Dealers will replace damaged fuel tank fuel outlet flanges, free of charge. In the meantime, XF owners may contact Jaguar at 1-800-452-4827 or contact the National Highway Traffic Safety Administration Vehicle Safety Hotline at 1-888-327-4236.

The Jaguar XF was introduced in the fall of 2007 as a replacement for the Jaguar S-Type. The luxury executive car is available in a four-door saloon model and a five-door sportbrake model. The current 2012 model features a standard V8 engine and a laundry list of standard tech capabilities.

Jaguar is currently in the midst of a global rebranding via its “Alive” marketing campaign. The ambitious promotion features four online videos: “Unique by Nature,” “Win to Win,” “Born to Perform” and “Continuation of Bloodline.” Additionally, the luxury automaker has also updated its “Growler” logo and its leaping Jaguar logo.

In August, Jaguar joined forces with popular singer Lana Del Rey to promote the launch of its F-Type vehicle. Thus far, the partnership has resulted in a short film called “Burning Desire” and a two-minute commercial.